Hailing from Byron Bay, Australia, four-piece electronic masterminds TORA have announced a run of east coast tour dates in support of their upcoming sophomore album “Can’t Buy The Mood” (out August 9th). Kicking off at The Lansdowne in Sydney on September 12, followed by a hometown show at Byron Bay’s The Northern hotel on September 27, the tour will wrap with a special performance at Melbourne Museum’s Nocturnal series on October 4. Renowned for their vibrant and intoxicating live shows, these intimate shows are sure to be a masterclass in musicianship.

Tickets for all shows go on sale at 10am Wednesday, May 15.

My Live Nation members can secure tickets first during the exclusive pre-sale beginning 9am Monday, May 13 until 9am Wednesday, May 15.

Continuing their vow for a constant stream of music released, the tour announcement comes alongside the reveal of new single ‘Paramount’, the fourth taste from the upcoming album. The track is accompanied by a catchy video clip and is the first in a while which features the band themselves. It aims to show their personalities, a glimpse into their world behind the music, and they have once again collaborated with Onil Kotian at Rever Media who is behind their recent clips for ‘Deviate’, Can’t Buy The Mood’ and ‘Morphine’. Before the album is released the band will be heading over to UK and Europe with shows announced for London, Berlin and Amsterdam.

Since release, tracks from their much-lauded debut album Take A Rest have received support from respected members of the international music community. Following a coveted album packet spot on triple j and high rotation for single ‘Another Case’, both Sir Elton John (Beats 1) and Annie Mac (BBC Radio 1) spun tracks on their radio programs and they’ve now clocked nearly 100 million streams globally – a massive achievement. Tora toured nationally and around the UK/Europe with over 40 album tour shows and sold out sets in Melbourne, Paris and London. They supported Oh Wonder nationally and even found an adoring fan in Resident Evil and Fifth Element star Milla Jovovich. All of this on top of previous spots at Glastonbury, Splendour in the Grass, Reeperbahn (DE), The Great Escape (UK), Best Kept Secret (NL) and over 70 more festival appearances across the globe. It’s been a size-able couple of years for these four Byron Bay locals.

TICKETS ON SALE 10AM WEDNESDAY, MAY 15
Live Nation pre-sale begins 9am Monday, May 13 until 9am Wednesday, May 15 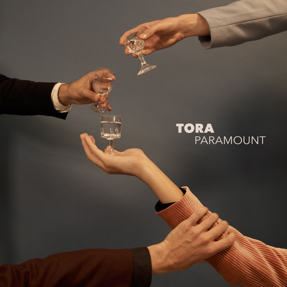 PARAMOUNT’ IS OUT NOW
BUY/STREAM HERE