Playing on the popular concept of having the ‘Juice’, a term popularised by social media, resonating for respect and credibility on the street, TAPZ professes the exploitation of black culture from his own experiences. Intricate guitar trickles throughout the track as TAPZ’s haunting vocals coat the harmonic chorus each time sliced with his honest rap on reclaiming individuality.

TAPZ emigrated from war-torn village Wedza in Zimbabwe at age eight to Wellington, New Zealand where he lived until last year when he relocated to the USA. Quickly immersing himself in the buzz and soaking up omnipresent African American culture of New York City life, TAPZ has found solace and inspiration in The Big Apple.

With his first introduction to the world taking form as a feature vocalist on Hermitude’s colossal crossover hit ‘The Buzz’, TAPZ followed with single ‘Killa’ which has gone on to clock over 2 million streams on Spotify along with peaking at #2 and #3 on Spotify USA and Global Viral Charts respectively.

In 2017 TAPZ released his debut solo EP Beautiful Nightmare featuring fan favourites ‘Run Don’t Run’ and ‘Didn’t Know’. His entrancing brand of forward-thinking noir’n’b has landed him support slots with musical royalty Lorde, Banks and A$AP Ferg to name a few. TAPZ also sparked the interest of Kanye West’s very own G.O.O.D Music who picked the young artist up for management for the EP.

Distancing himself from anyone who’s denied his voice, TAPZ resonates as an artist truly evolving with his sound. 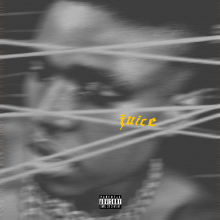