Speaking of the track, Tigerilla of SUPER CRUEL said “It was amazing to work with OG as they are one of Australia’s most cutting edge acts. Creatively we found our common goal and it was such a fun and inspired process.”

Jesse Porches also noted “We wanted to do something that was different and unique to what’s out there at the moment. We have always been a fan of Ocean Grove so were ecstatic when we got the chance work with them. “21 Devils” feels super nostalgic and reminiscent of the OG bands we grew up listening to like Linkin Park, Deftones and Korn.”

Dale Tanner of Ocean Grove added “This is exactly the kind of stuff we imagined ourselves doing at some point as Ocean Grove, so it was sick to hook it up with the guys and get our first taste of collaborating with musicians from Planet Earth. There’s an electronic undercurrent to a lot of our music so we were all over it when DR. SUPER CRUEL got in touch.”

The duo’s 2017 debut track November feat. Lisa Mitchell has clocked up over three million global streams, while follow up single Sickland feat. CXLOE is sitting at over one million global streams. Most recently, SUPER CRUEL have shared official remixes for the likes of Major Lazer and Charli XCX and just wrapped up a national tour supporting SLUMBERJACK in March. 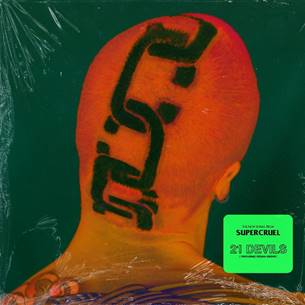