The album’s first single ‘Dissolve‘ was released in September and is ‘a listening journey not easily forgotten‘ according to Sydney-based magazine Happy Mag.

The second single, ‘Luna Gris‘, was featured on the SBS website and other music blogs such as Indie AM in Mexico.

Pablo’s career spans over twenty years as the leading composer/songwriter of rock band Septimo Aposento and classical/jazz guitar duo Orbeum. As a solo artist, Pablo has recorded three self-produced albums and has collaborated extensively with musicians from all around the world, including members of the Melbourne, Vienna and Bogota Symphony Orchestras. His work has been described by UK music blog Audio Pulse as “a journey for the soul.”

Pablo’s music features the guitar as the leading instrument in all his pieces and ‘Ecos del Frío’ takes this exploration even further: “I love to create all sorts of sounds with the guitar, to use it as an orchestra and as a source of different textures in the music which often don’t sound like a guitar at all.”

‘Ecos del Frío’ is less band focused than his previous work and includes more subtle layers and atmospheres. “I explore soundscapes outside the realm of any genre, so it’s more filmic and textural but with the guitar always leading the way.”

“I sing in Spanish and English in this album and started doing that in my last EP. The words come by themselves as I’m writing the music, they come in English or Spanish, I can’t force it. It’s nice to have some songs in my mother tongue.” 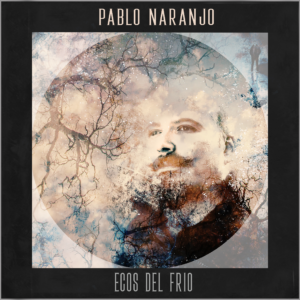 Recorded at his studio in Melbourne, ‘Ecos del Frío’ is out now and available on all platforms.