UK rock outfit Delaire The Liar have just released their new EP ‘EAT YOUR OWN’. It includes previous singles ‘HALLOWEEN’, ‘FURNACE’, ‘NO THANKS’ and ‘NO ACCIDENT’.

Delaire The Liar describes their new release as “a record of dichotomy, a fusion of joy and trauma; a celebration of being together; an elegy to being apart. ‘EAT YOUR OWN’ is about duality; it’s about people, how we mechanise grief and trauma any way we can to stay engaged with our surroundings and the people we love, to be attentive even when we can’t focus on ourselves. It can manifest as desperation, pleading, fury, humour and hysteria. Still, irrespective of the complexities of human emotion, from the light to the dark, it all resides in one body, and we have the capacity for every outcome. Both sides of the coin.”

Delaire The Liar below 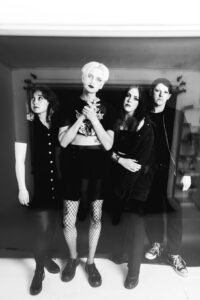 Music, at its best, opens the door to an honesty that borders on disconcerting. For London four-piece Delaire The Liar, expressing a central truth is at the very core of all they create.

Utilising a weaponised punk rock attitude that feeds into a visceral delivery and live performance, married with a fragility and earnestness that extends a welcoming hand to the listener, Delaire The Liar are set to explore the nuances of human emotion and response.

Delaire The Liar below

SUPPORT FOR ‘EAT YOUR OWN’

“If they continue in this vein, they could well be unstoppable going into 2022 and beyond.”Kerrang! (UK)

‘EAT YOUR OWN’ is available worldwide now, via Rude Records. Official EP artwork below 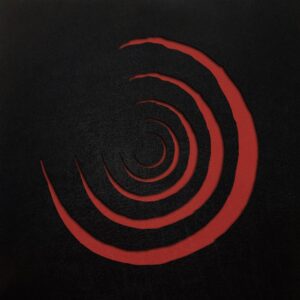 ‘EAT YOUR OWN’ Tracklisting: