New Zealand’s highest streaming rock band, Written By Wolves, have released a version of Linkin Park’s ‘Papercut’ as a gift for fans this holiday season.
Vocalist Michael Murphy says of the track, “‘Without Linkin Park there is every chance that Written By Wolves would not exist. They paved the way for our band and for many others like ours and were pioneers of a whole new sound. We have talked for a long time about recording a tribute to Linkin Park – especially since the tragic loss of Chester. With all that has happened in the last 2 years we figured now was the time – a last minute holiday gift to our fans to end 2021…’
Written By Wolves are a fresh and progressive cinematic rock band and one of the most exciting new rock acts to come from New Zealand in recent years. Renowned for their highly energetic live show, the band have already shared the stage with international heavyweights such as Machine Gun Kelly, Limp Bizkit, Pendulum, Sublime With Rome, Suicidal Tendencies, We The Kings and Four Year Strong, to name just a few. Since forming in 2014, the band has amassed over 310,000 monthly listeners and more than 36 million streams on Spotify, as well as over 100,000 subscribers and 46 millions views on YouTube.
The band’s latest EP,The Collab Project, released earlier this year, is a collection of re-imagined collaborations of tracks from their debut album ‘Secrets‘.Sonny Sandoval (P.O.D.),Trenton Woodley (Hands Like Houses),Kellin Quinn (Sleeping With Sirens), and others collaborated on tracks for the EP. Find out more about ‘The Collab Project’ initiative as explained by Murphy here.
Written By Wolves single ‘Papercut’ out now. Official single artwork today 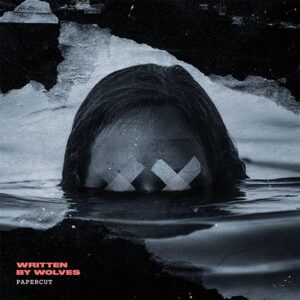