Australian pop darling Owl Eyes twirls yet again into the spotlight with the reveal of her lush, dreamy and utterly danceable disco number ‘You And I’. In celebration of the new single, Owl Eyes has announced headline shows for next month. In what will certainly be an immersion into her romantic dreamscape, Owl Eyes’ unmistakable stage presence will light up Melbourne’s Abbotsford Convent on Thursday 16 May and the Grounds of Alexandria in Sydney on Thursday 23 May.

In further exciting news, Owl Eyes yesterday announced she has teamed up with Untitled Group’s Nicholas Greco for management and Falcona’s Joel Siviour for bookings with Greco stating, “I am stoked to be managing Owl Eyes and rounding out the team alongside her new booking agency Falcona and her existing record label Mushroom, both titans in the music industry”, and Siviour adding, “Brooke’s talent as a vocalist, performer and songwriter are second to none, and I’m incredibly excited to be working with her and her team to continue growing her touring presence in Australasia.”

Premiering overnight on triple j Good Nights, ‘You And I’ masks raw, honest lyrics with an alluring upbeat composition reminiscent of 70s era disco featuring hazy bass luscious synths, and a summoning call-to-action of lyrics. Beckoning to the disintegration of love, a second listen presents Owl Eyes’ sweetly soothing vocals telling of the emotional chaos that love can make you feel, almost a taunt to the upbeat nature of the track. Her final command: “Dance”. It’s an undeniably sweet yet fiercely femme treasure.

LISTEN: ‘You And I’ by Owl Eyes

Accompanying ‘You And I’ fans are also treated to a sun-lit B-Side ‘Le Soleil’, opening with an ode to the romance of the French dialect. The two tracks entwine together with the parallel intensity of love, both from a different viewpoint. Written in Brussels, ‘You And I’ is naturally married to the love note ‘Le Soleil’. Both are labours of love, transcending into a timeless, melodic, French-pop fantasy dancing together on the delicate edge of devotion. ‘You And I’ and ‘Le Soleil’ were the product of moonlit nights between Owl Eyes and Belgian nu disco producer Vito de Luca, (aka Aeroplane). Vito’s French house influence trickles throughout the tracks, both embodied with love and dedication, reflected as lessons that are pure and honest.

‘You And I and ‘Le Soleil’ follow ‘On Me’; the first new music from the Melbourne artist since her 2013 debut LP Nightswim. ‘On Me’ is approaching 1 million streams, was added to high rotation on triple j and was met with acclaim from fans and critics alike. The dreamy single is a poignant ode to finding power within oneself in the face of uncertainty, representing all that we know and love when Owl Eyes comes to mind. ‘You And I and ‘Le Soleil’, alongside the ever-glistening ‘On Me’, mark the beginning of a fresh era for Owl Eyes. 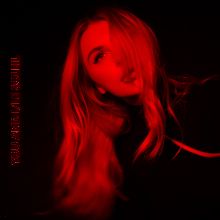 Out now through Mushroom Group

OWL EYES
‘YOU AND I’ LAUNCH SHOWS