Today, Omar Apollo shares the new video for the track ‘So Good’

Directed by Kevin Lombardo finds Apollo as the lead protagonist in an 80’s technicolored dance party. As the crowd begins to rave up around him, the video fades down and Apollo reappears in headphones. The singer just dreaming about life as a rockstar. This is the third video to be released from his latest EP Friends, following ‘Ashamed‘ and ‘Trouble‘.

On ‘Friends’, the first-generation Mexican-American singer fluidly channels elements of jazz, R&B, funk, alternative, soul and pop music through his own lens, cementing his stance as one of 2019’s breakout stars. After introducing himself in 2018 with his critically-acclaimed debut EP Stereo, Apollo has continued to ascend as an undeniable talent to watch, with Pitchfork featuring him as a Rising artist and Youtube announcing him as part of this year’s Foundry international artist development program, which places him alongside alumni including Cuco, ROSALÍA, Gunna, Chloe X Halle, and Dua Lipa. 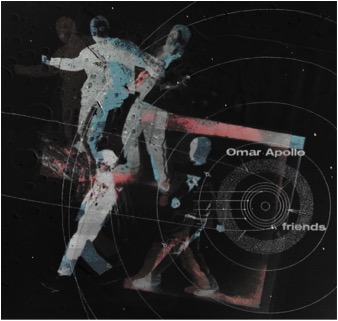