Delivering the perfect summertime house track, ‘Temptation’ draws inspiration from legendary R&B/Soul band The Temptations’ 1967 single ‘I’m Losing You.’ Tapping a member of the group from the Broadway musical Ain’t Too Proud: The Life and Times of The Temptations to rework the vocals, SIDEPIECE pay homage to the original while infusing their modern house flair for an instantly classic floor-filler. Loaded with percussion soaked rhythms and jacking house beats, ‘Temptation’ is an everlasting club anthem ready to make waves on the summer circuit.

‘Temptation’ comes only one week after the 63rd annual GRAMMY® Awards where SIDEPIECE were nominated in the Best Dance Recording category for their collaborative hit ‘On My Mind’ with Diplo. Instantly becoming a global success, ‘On My Mind’ has since earned over 120 million streams, hit #1 on the US Dance Radio airplay chart, and spent 21 weeks in Billboard’s Hot Dance/Electronic Songs chart. Additionally, ‘On My Mind’ has seen over 20K global radio spins across 49 territories, became a viral TikTok phenomenon, and has had major placements in flagship dance/electronic playlists including the cover of Spotify’s Mint and the cover of Apple Music’s DanceXL, as well as its commanding position as 1001 Tracklists’ #1 most played track of 2020.

Debuting a steady catalogue of house-ready music, SIDEPIECE have continued their meteoric  rise with record-breaking singles ‘Together’ on FFRR Records, ‘Fallin For You’ on Sonny Fodera’s Solotoko label, and a hit remix of John Summit’s ‘Deep End’ on the legendary Defected Records, with the latter reaching over 18 million streams. Highly esteemed producers in their own right, Party Favor and Nitti Gritti came together in 2019 to form SIDEPIECE and have since performed for global audiences during Insomniac’s EDC Las Vegas Virtual Rave-A-Thon festival in 2020.

Party Favor is a Mad Decent regular counting over 400 million streams and multiple chart toppers to his name globally, having collaborated with the likes of Sean Kingston, Gucci Mane, Baauer, Dillon Francis, A$AP Ferg, and more. Whereas, Nitti Gritti is a Latin GRAMMY® Award and a Latin Billboard Music Award-winning producer for his work on Bad Bunny’s album x100pre and the song ‘200MPH’, along with recently being given the #14 spot worldwide for 1001 Tracklists’ Top 101 Producers 2020. In addition, Nitti Gritti has worked with and curated remixes for scores of high-ranking popstars and DJ’s including Ellie Goulding, Cardi B, Beyoncé, Enrique Iglesias and Pitbull, Saint Jhn, Skip Marley, Major Lazer, and Above and Beyond.

SIDEPIECE’s latest single ‘Temptation’ is out now on Higher Ground and FFRR Records. 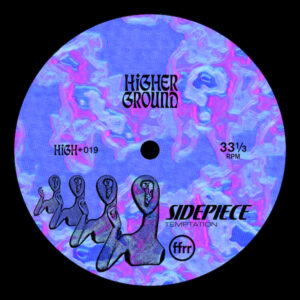