Today, What So Not (Chris Emerson) returns from a yearlong hiatus by releasing ‘The Change’, a striking, thunderous collaboration with fellow Australians DMA’S HERE.

If the response to the then-unreleased song at recent Australian What So Not live shows is an indication of what’s to come – then we’re in for a long, energetic, and sweaty rest of 2021. The ferocious alt-rager ‘The Change’ was recorded in Sydney last year and is released now via Sweat It Out.

View the enthralling futuristic video clip for ‘The Change’.

What So Not (Chris Emerson) says: “I met Johnny at their studio – a small room next to a noisy inner-city road, above a pub, with no sound insulation. We had (somehow) never met but clicked instantly, discussing life on the road, COVID & found commonality on our all-time favourite artists. The first thing we made is pretty much the track you hear. Johnny liked our little idea so much he decided to get the whole band involved a couple of days later we tracked Tommy & brought Mason in for some extra pieces. I feel like this record is one the two of us have always wanted to make but never had the right pieces of the puzzle, until now.”

Johnny Took from the DMA’S adds: “Emoh and I had never met before the day of our first session but quickly bonded over synths, production gear, The Chemical Brothers, The Prodigy and Underworld. Being from such different songwriting worlds really made this a great collaboration for me. Once we got Tommy and Mason on the track after that first day of writing we knew we were onto something special and new for both of us.”

About DMA’S:
DMA’S (Tommy O’Dell, Matt Mason, Johnny Took) have gone from strength to strength since exploding onto the scene in 2014 with their debut single ‘Delete’. They have released two critically acclaimed albums – Hills End (2016) and For Now (2018) – both of which charted Top 10 in the ARIA Charts and resulted in ARIA nominations for Best Group, Best Rock Album and Best Independent Release. Forging their reputation abroad, the latter earned a #13 chart position in the UK as well as festival slots at Coachella, Lollapalooza, Glastonbury and Reading and Leeds festivals. 2019 saw the Sydney natives play sold out shows across the UK and Ireland, support Liam Gallagher’s UK arena tour and sell eight thousand tickets to their July Manchester show in a matter of hours. Back home they scored a Platinum record for ‘Delete‘ plus Gold discs for ‘Lay Down‘ and ‘Step Up The Morphine‘. The band’s third studio album, THE GLOW, was released 10 July 2020 and debuted at #2 on the ARIA Charts, #4 in the UK and #1 in Scotland. 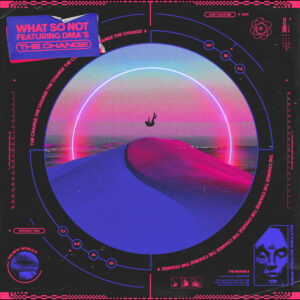