The song was assembled to celebrate the two-year anniversary of the globally-renowned Arknights video game, which is set in a dystopian, post-apocalyptic future.

Formed in 2013 by Dustin Bates, Starset hail from Columbus, Ohio.and released their critically acclaimed debut album ‘Transmissions’ a year later followed by the 2017 release  ‘Vessels’. The single ‘My Demons’ has accumulated over 280 million views on YouTube and their most commercially successful single thus far ‘Monster’ peaked at #2 on the Billboard Rock chart in May 2017. Their Spotify account sports tracks with tens of millions of streams 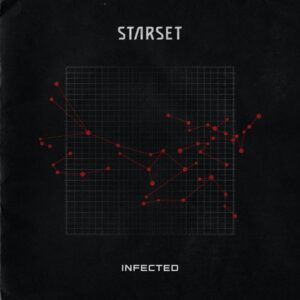