To coincide with her return to Australia for a sold-out East Coast tour, Brisbane artistHatchie has unveiled her stunning new dream-pop single, ‘Obsessed’. The track, accompanied by the video (directed by Joe Agius), is the next glimpse into her forthcoming debut album Keepsake (out Fri 21 June) and follows lead single ‘Without A Blush’ and recent tears-on-the-dancefloor anthem, ‘Stay With Me’.

Speaking about ‘Obsessed’, Hatchie says:
“‘Obsessed’ is a song about friendship. I wrote it when reflecting on my teenage tendency to cling to a new best friend for support, until I eventually convinced myself I wasn’t worthy of their friendship. It’s ultimately a celebration of meeting somebody who you look up to who helps you grow into a more adventurous person.”
The release of ‘Obsessed’ comes on the eve of Hatchie’s sold-out East Coast tour, which kicks off tonight at the Northcote Social Club in Melbourne, and continues tomorrow night at The Lansdowne (Sydney) followed by The Foundry (Brisbane) on Fri 24 May.

On her upcoming debut LP Keepsake, Hatchie experiments with countless new textures, exploring everything from industrial to new wave to dance-pop, handling each with understated elegance and pure, powerful feeling. Teaming up once again with Sugar & Spice (EP) producer John Castle (Cub Sport, Vance Joy, Jack River) Keepsake was recorded in his studio in Melbourne’s north.

There’s a self-possessed spirit infusing all of Keepsake, which ultimately serves as a document of a particularly kinetic moment in Hatchie’s life. “I’m not much of a nostalgic person when it comes to memories, but I do have a tendency to hold on to certain things, like tickets from the first time I went someplace on holiday,” Hatchie says, reflecting on the album’s title.

“It made sense to me to call the record that, at a time when I’m going to probably end up with a lot of keepsakes – and in a way, this whole album is almost like a keepsake in itself.”

2019 has already been a huge year for Hatchie, who has supported the likes of Beach House, Death Cab for Cutie and Kylie Minogue in Australia, and just returned from a 30-date tour with Girlpool in North America. After her Australian dates, the Brisbane artist will embark on a UK/EU tour, including headline dates and festivals slots at Primavera and Heartland Festival, as well as an extensive North American tour in September. Back on home soil, Hatchie has also been recognised by AIR, who have nominated her for Breakthrough Independent Artist Of The Year at their upcoming awards in July, the same month that will see her return home to play Splendour in the Grass!

Keepsake will be released on Friday 21 June on vinyl, CD and digital services, and is available to pre-order here. 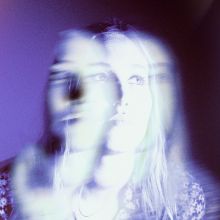