Polaris, arguably Australia’s fastest rising, elite heavy music exports announce a string of shows in August through out North Queensland and Western Australia. Brisbane’s Stepson will support the Sydney five-piece on the North Queensland dates while Melbourne’s Pridelands join the Westen Australia shows.
Tickets are on sale now.
The hardworking Sydneysiders have not slowed down since their 2017 release, ‘The Mortal Coil’. Taking the world by storm, 2019 kicked off with Polaris returning to Europe and the UK supporting UK metalcore kings, Architects on their massive arena run throughout January and February. A run which will also seePolaris supporting Architects in August on their ‘Holy Hell’ Australian Tour.In March, they returned to perform their first shows of the year on home soil as part of Download Festival in Sydney and Melbourne- entertaining the largest crowds to date. “Playing to a HUGE hometown crowd, the metalcore lords tore through a set of both newer and older material—and they had the pit spinning through it all.” – Hysteria Magazine

2018 was a huge year for Polaris, cementing their place in the global scene with a metalcore torch held high in their hands. In January, they toured with seminal down-under heavy heroes Parkway Drive and a show-stealing appearance at their second Unify Gathering. They slapped a sold-out sign on all three of their Australian headline tours in less than 12 months, including their national spring tour in November where they performed their biggest shows to date

One of 2017’s most anticipated heavy releases, Polaris’ debut album, ‘The Mortal Coil’ stunned audiences and critics upon its release in November, landing at #6 on the ARIA Album Charts and #1 on the Independent Albums Chart, scoring a Triple J Feature Album. Polaris gain a reputation as one of Australia’s most invigorating live heavy acts. 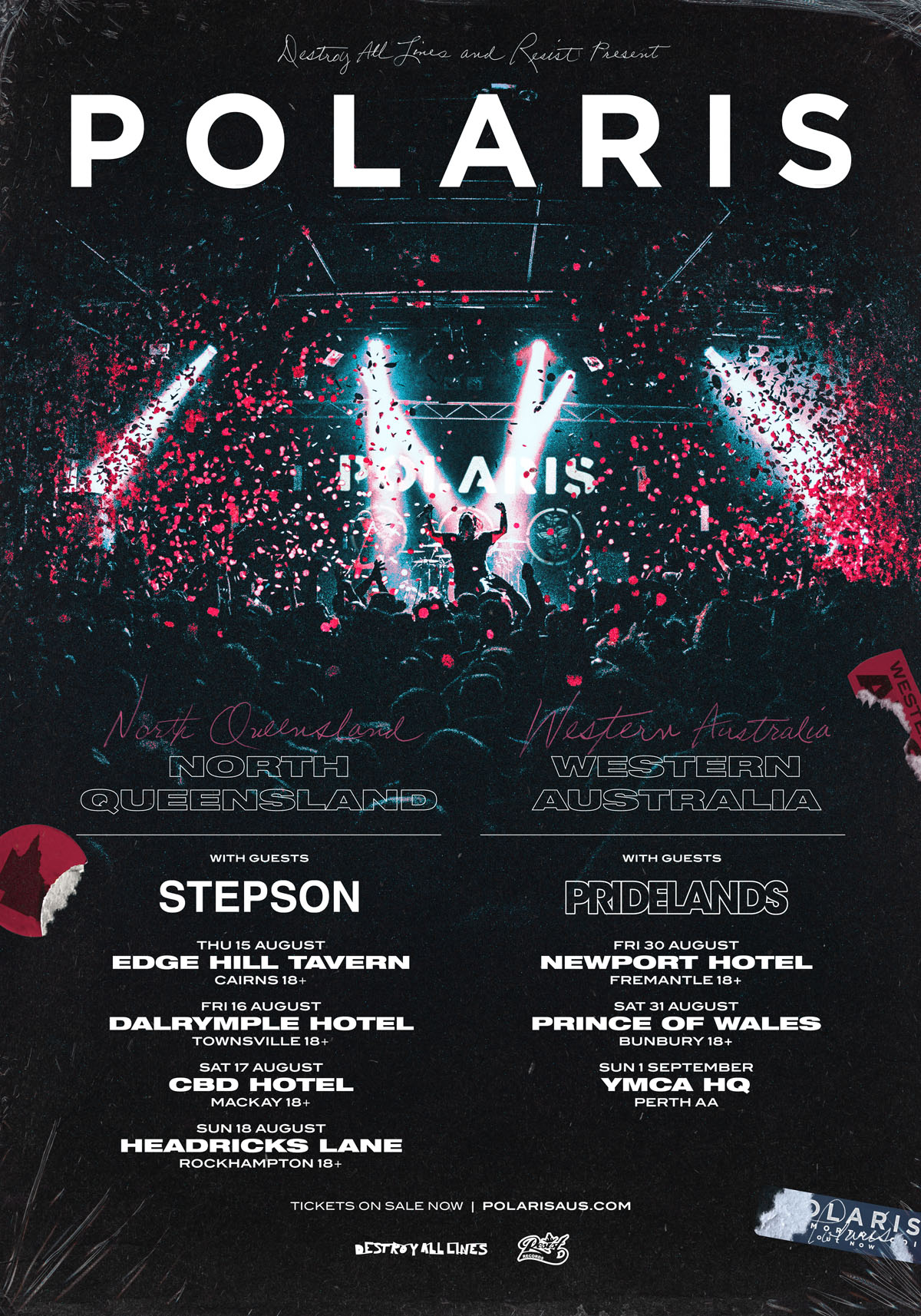 TICKETS ON SALE NOW AT POLARISAUS.COM