To celebrate the release of their second studio LP, ‘Is This Real’, The Pinheads are playing a bunch of in stores along the East Coast for your listening pleasure.

Born out of friendship, bowling, sci-fi movie marathons and literal brotherhood, The Pinheads formed out of what is now colloquially known as the Leisure Coast, spread out among the northern suburbs of the Illawarra and Wollongong region.

They quickly established themselves as one of the area’s must-see live bands; no mic stand was left unturned, no face left unmelted, no speaker stack was left unclimbed.

Fans don’t leave Pinheads shows with fond memories – they leave with battle scars and folklore tales to last the ages.

The Pinheads reside within a stylistic purgatory – too weird for punk shows, too free-form for garage rock, too genre-defiant for rock & roll, persevering on their own path, which may make pit-stops at any given corner of the musical spectrum should it suit their collective mood. The sound of The Pinheads is a mosaic of their collective tastes – built on the foundations of their heroes, a work of art in its own right.

This might explain why there’s no clear A-to-B for the band’s studio releases thus far – their 2015 EP, I Wanna Be a Girl, is filled with high-octane twists and shouts; while their self-titled debut album from 2017 locks into a more consistent groove and reaches out to previously-untouched territory.

That’s not about to change anytime soon with the release of album number two, Is This Real.  One may find themselves musing in the LP’s opening minutes – it’s The Pinheads, sure, but not as you know them.

Is This Real marks a reunion of sorts for the band, after several members took a short sabbatical from The Pinheads, to go explore other musical projects – among them Tropical Strength, Luke Spook and Shining Bird. Reconvening in their home studio, known as The Shed, the septet set out to once again push out into previously-untouched Pinheads territory.

The songs are longer, often slower and more methodically paced. The wildfire that sparked their initial run remains, albeit in a more contained manner. This is the sound of a band that has been re-calibrated, focused and with a reaffirmed sense of ambition.

When The Pinheads started out, their modus operandi revolved around two straight, simple rules: Never play it safe; and always make it fun. This remains as true now of their recorded material and their live shows as it did when they began in 2015.

The Pinheads may boast an art-school drop-out or two in their ranks, but they’re by no means slackers. They’re a band with vision – and they’re excited about bringing it to fruition.

‘Is This Real’ is The Pinheads second studio LP, the follow up to 2017’s self titled LP. 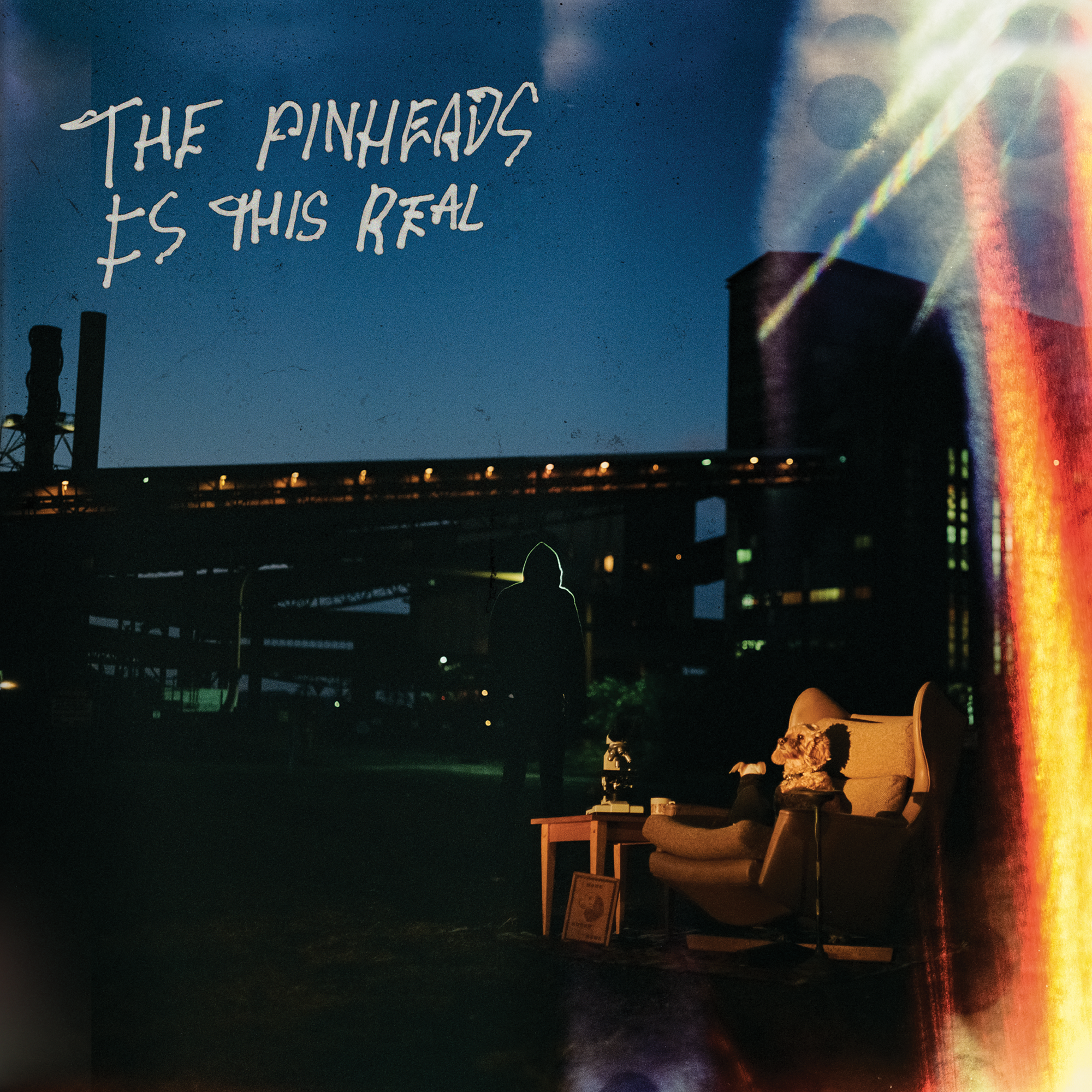 Is This Real Track Listing:

‘Is This Real’ out May 24 via Farmer & The Owl / Inertia
Pre-Order Album: http://smarturl.it/PinheadsITR
Pre-Order Merchandise Bundle: https://thepinheadz.bandcamp.com/album/is-this-real

The Pinheads
‘Is This Real’
Release Week Parties 2019