Sydney duo Polish Club brought their ‘Meet Me at the Iguana’ national tour to a packed 170 Russell Street on Friday June 29th. Before the band appeared on stage the crowd warmed up their vocal chords with an impromptu sing-along to Vanessa Amorosi’s ‘Absolutely Everybody’ – an unusual choice at a rock show, but it went down a treat.

Strolling on stage just after 11pm to a noisy, expectant crowd ready to rock out, Polish Club duly oblige kicking off with the blistering ‘We Don’t Care’ arguably the stand out track from their recently released sophomore album ‘Iguana’. The crowd immediately bouncing along to the kick ass rock track. A great way to start the show! 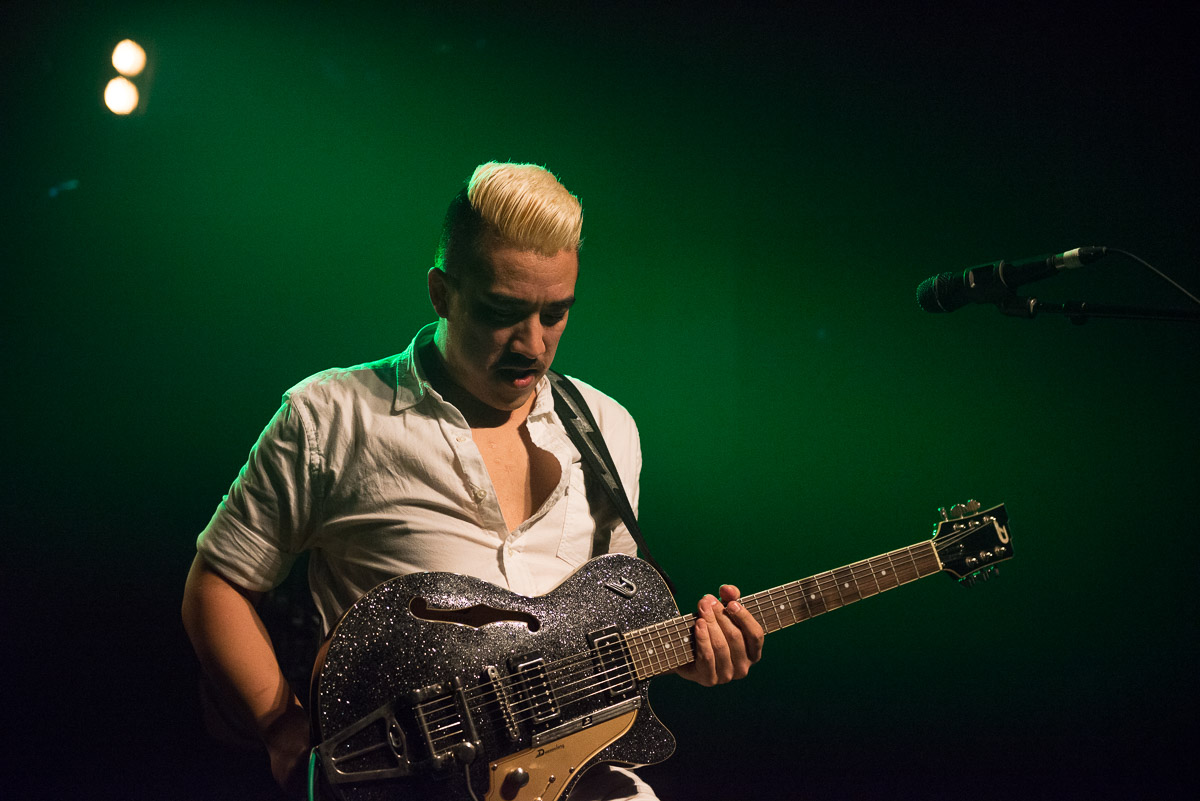 Moving straight into the funky rock title track ‘Iguana’, a song about their favourite bar in Kings Cross that they used to frequent before it closed down. Followed by ‘Goddamn’ the crowd by now hands in the air, yelling the chorus back to them loving what they were witnessing. The raw punkish ‘Beeping’ and the bluesy rock ‘Don’t Fuck Me Over’, both lifted from their 2015 self-titled EP is aired next taking the gig to another level!!

Decked out all in white, with black leather boots and black belt with a shock of spiky peroxided blond hair, David Novak’s powerful vocals are flawless and sound like a cross between the gravelly tones of Dave Grohl and the bluesy side of Johnny Diesel. 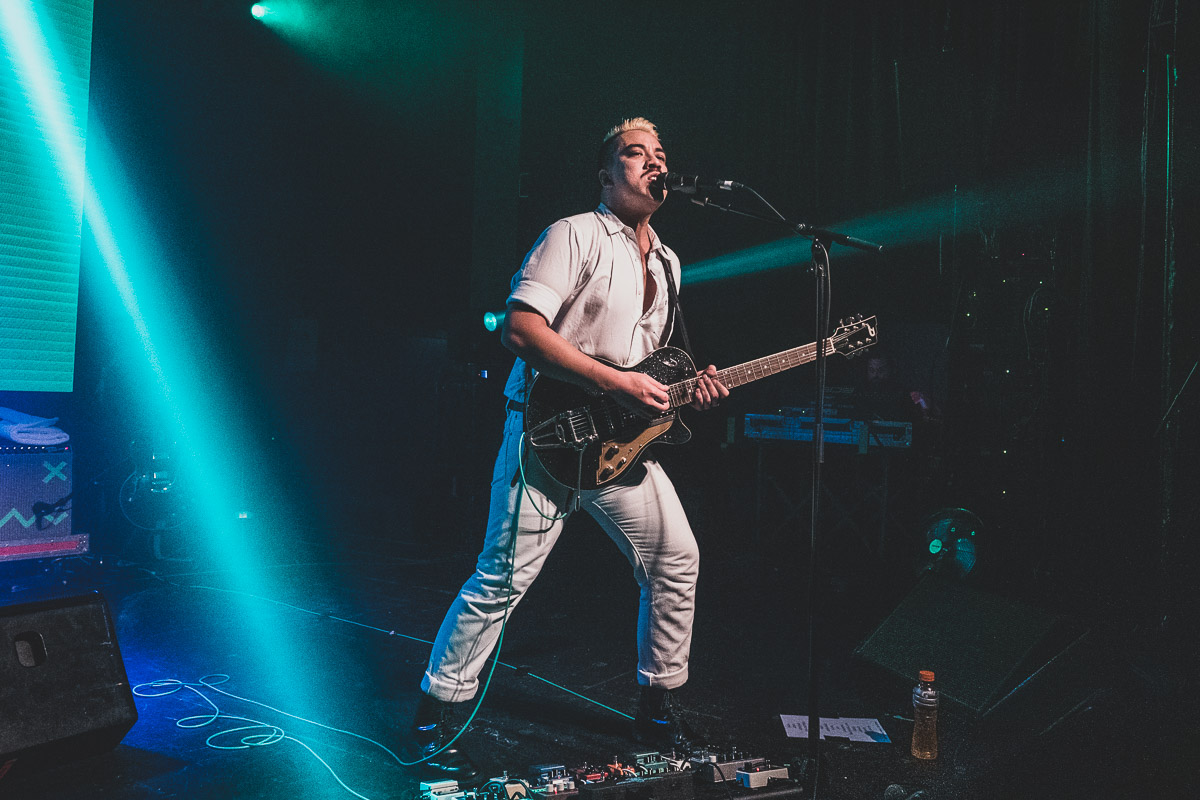 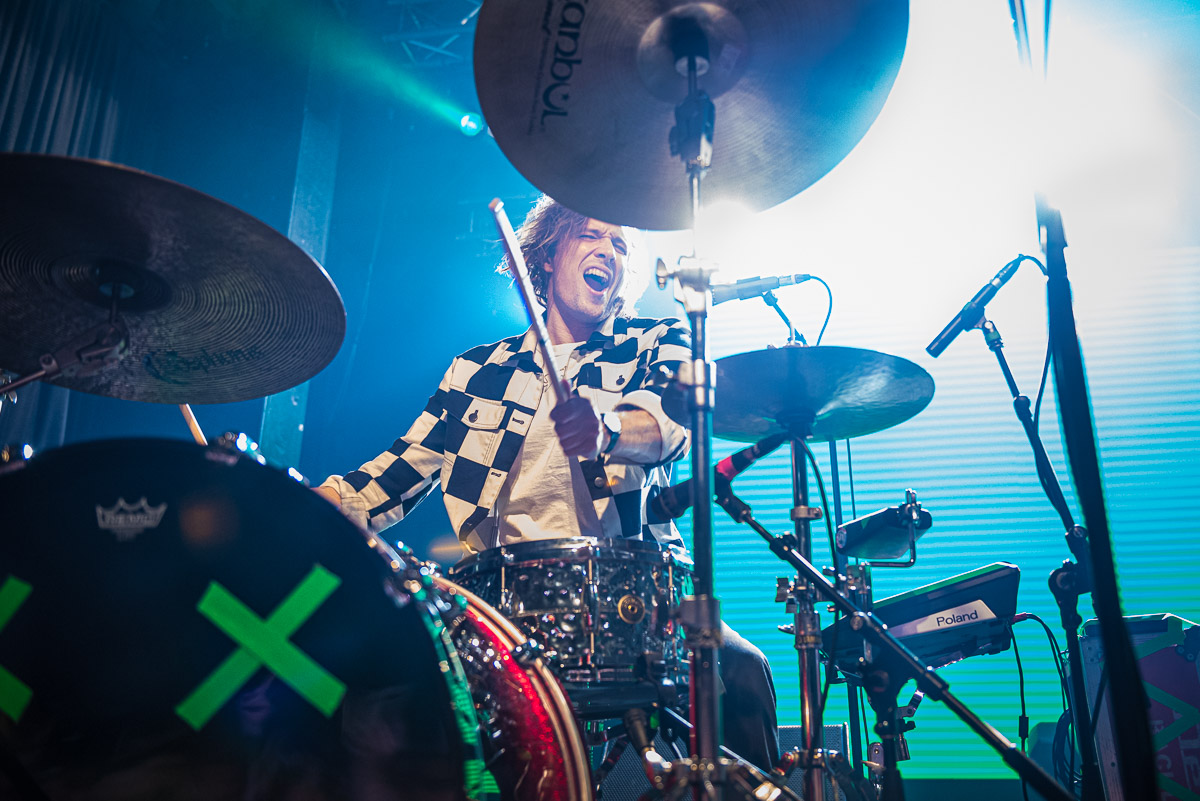 Drummer, John-Henry Palak had his drum kit positioned at the front of the stage which gave everyone a clear view of his intricate drumming, although his face was hidden behind his long blond locks as he feverishly banged away at the drums and they were joined on stage by Iguana producer, Wade Keighran on bass. The huge sound coming off the stage made it hard to believe there was only 3 of them creating the epic noise!! 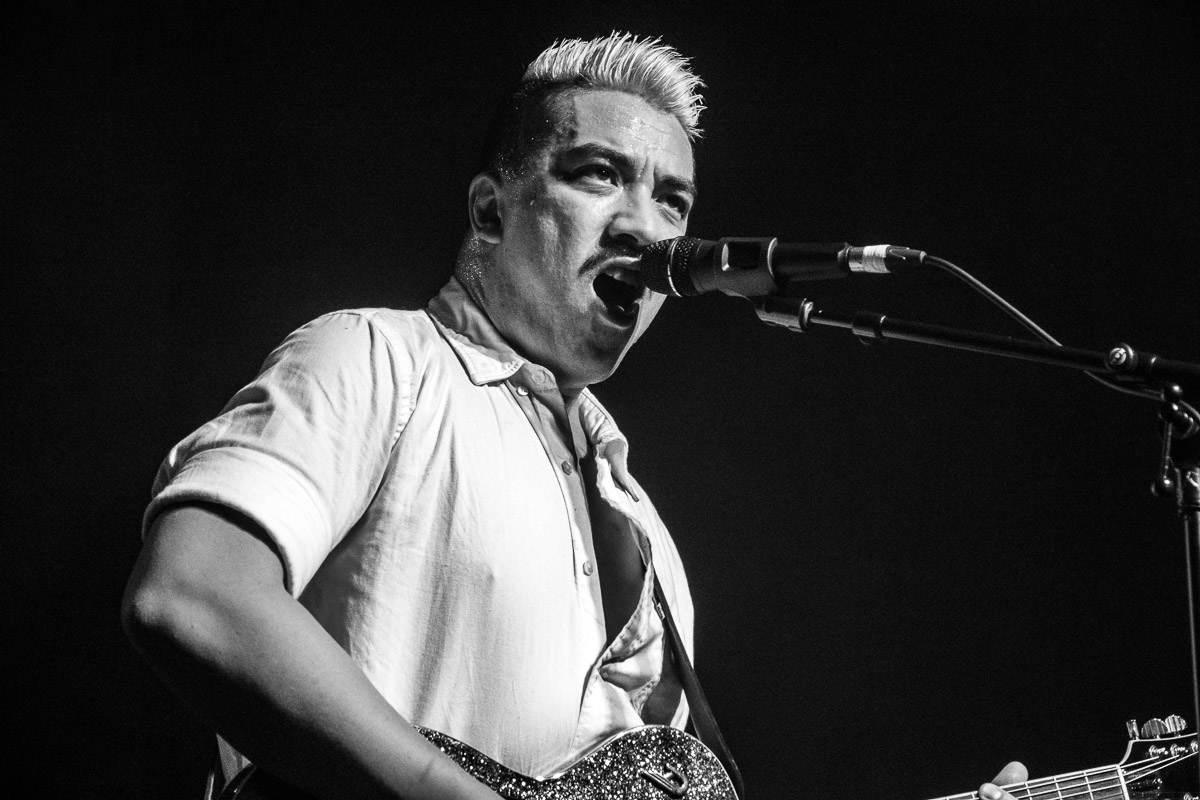 There was constant light-hearted banter between the band and audience throughout the show. The respect and love between them is evident and such a pleasure to watch. They appeared to be enjoying themselves as much as the crowd. At one point Palak brings out a chocolate cake and they get the entire crowd to sing ‘Happy Birthday’ to a fan named James in the crowd, before slicing it and handing it to the lucky few at the front of the stage.  Such a beautiful touch!

Novak randomly starts playing Red Hot Chilli Peppers ‘Under the Bridge’, to which Palak joins in only for Novak to forget the words of the second verse, before launching into ‘Beat Up’ from 2017’s debut album ‘Alright Already’.

Their self-depreciating, devil-may-care attitude while on stage is refreshing as it is infectious. They put everything into each song with an air of ‘something could go wrong’ at any moment, which makes it hugely entertaining to watch. 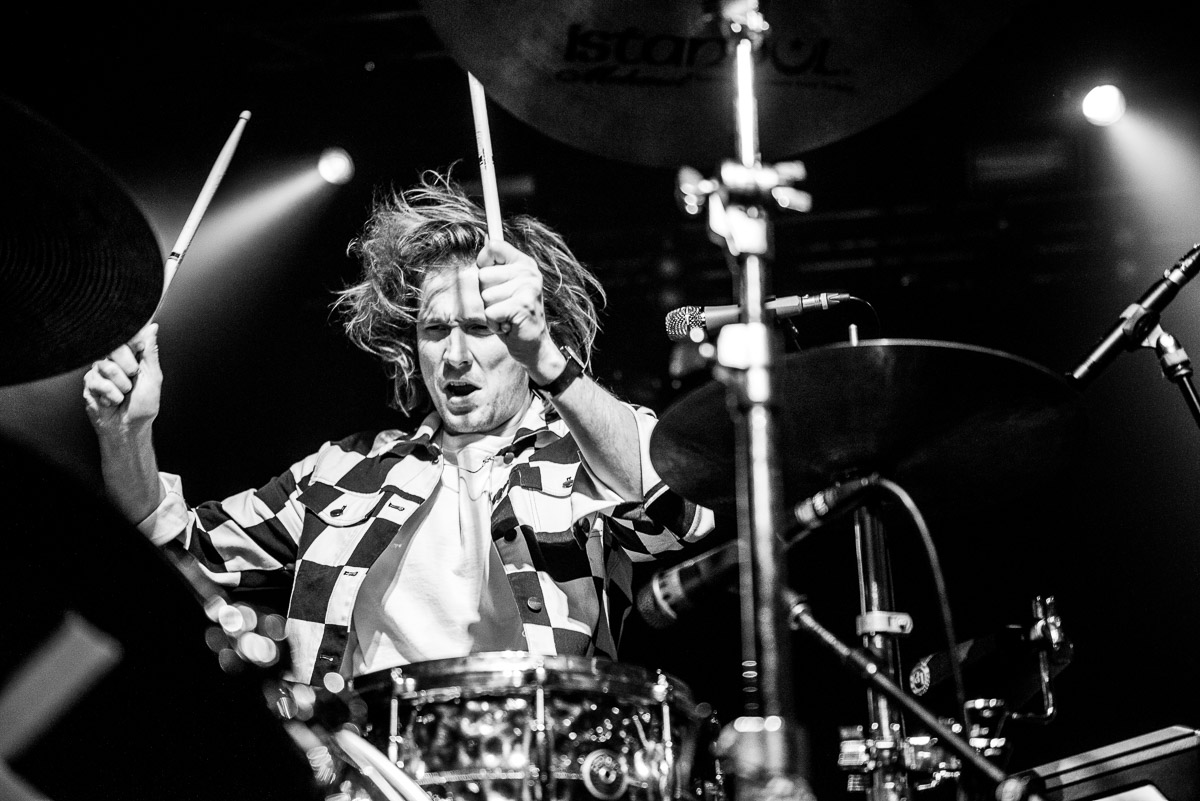 There were many highlights, with the Foo Fighters sounding monster ‘Breakapart’, hard to shake off with the crowd and band singing every word together as one. What a moment!!

They end the show with a flurry of epic tunes ‘Come Party’ followed by ‘Clarity’ and ending with the emotionally charged slow burner ‘Divided’. The crowd drenched in sweat bouncing and not wanting the night to end!

The recent prediction of the demise of rock music seems to be premature, with Polish Club showing what a kick ass rock show is all about! Seemingly flying the flag for rock music and proving it’s alive and well in Australia!!

If you get a chance to see these guys live you won’t be disappointed! One powerful rock act that will stay in your veins for days!!