Perth’s pop-punk four piece, Nautical Mile, are today premiering their brand new single, “Marionette“, through Wall Of Sound and will launch the single around the country on tour in late August. The tour will begin in Perth on August 23 and will make its way through Brisbane, Sydney and Melbourne! Tickets on sale now at Oztix!“Marionette” is about a dysfunctional family unit and the experiences of some of the band members growing up in such an environment. The song is about standing up to the aggressor in these relationships which can be very difficult to escape. Vocalist Brodi Owen explains that “the particular relationship described features the aggressor attempting to mold their child into their vision of the person they want them to be with the child acting to rebel against this push. This is the inspiration for the puppetry/the marionette; the aggressor in the relationship is pulling the strings to try and force the actions of the other”. The brand new single “Marionette” almost picks up where the last left off with Owen adding “our previous track Regicide was about a failing relationship, Marionette continues in a similar vein, however discusses a relationship within a family unit rather than between two unrelated entities.“
WATCH MARIONETTE BY NAUTICAL MILE HERE
In support of this brand new single, Nautical Mile will be touring Australia following the release of “Marionette” and will take a total of 12 local bands in support across the tour. The tour will kick off at Amplifier Bar in Perth and will be supported by Carrington, Dead Sea and Ferncroft. Brisbane will be up next at The Brightside and will take support from Sleepwell, Kid Fly, Grizzlyshark and All Hours, Sydney’s show will take place at Burdekin Hotel and will be supported by Speakeasy and Capitol Affair and Melbourne’s gig at The Workers Club will take support from Spectral Fires, Red Morning Light and Loose End.Nautical Mile formed in late 2015, releasing their first self-titled EP at the beginning of 2016. Following this, the second EP, ‘Playing For Keeps‘, was brought to life in 2017 and reinforced the bands foot in the pop-punk scene, earning the band a couple of spins on Triple J’s Short.Fast.Loud. Between releases, the boys energetic live show has led to Nautical Mile sharing the stage with the likes of Trophy Eyes, Hellions, Hawthorne Heights and The Decline to name just a few.

“Marionette” is out tomorrow (Friday 19 July) and will be available on all digital and streaming platforms! Catch Nautical Mile on tour in August 2019 in Perth, Brisbane, Sydney and Melbourne. Tickets are on sale now: 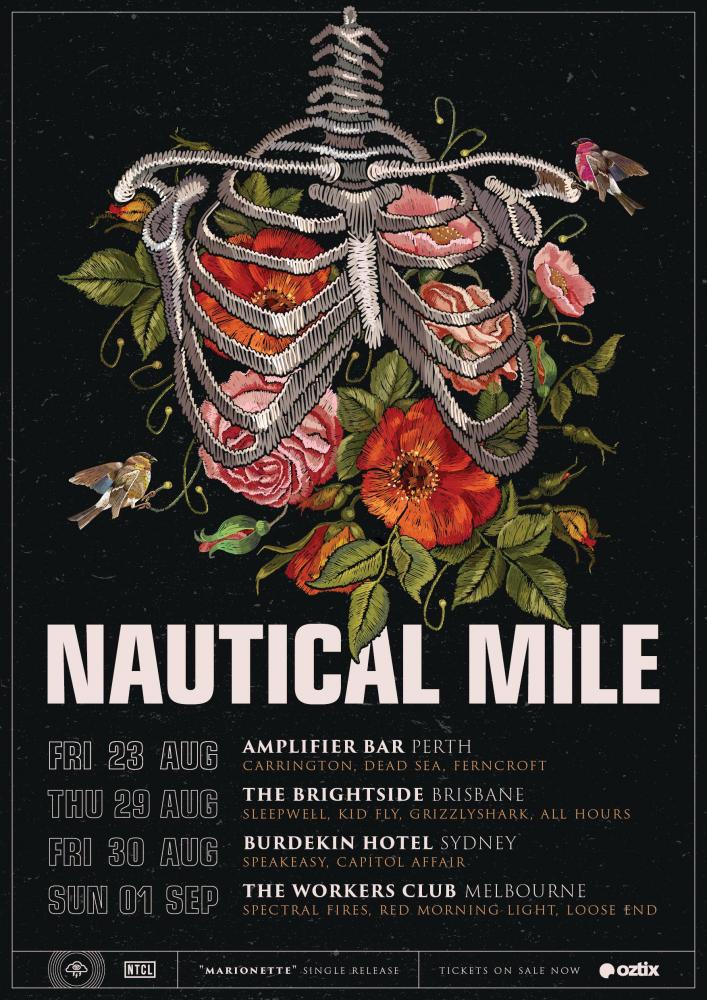