Saturday 21st October Peter Hook and The Light brought the Melbourne leg of their world tour to a close with a pulsating 3 hour set of Joy Division magic. Kicking off with 1979’s brilliant debut ‘Unknown Pleasures’ before moving onto to the claustrophobic gothic rock of ‘Closer’ and finishing the set with tracks from the epic ‘Substance.’

Being in the same room and breathing the same air as the man that played such a pivotal role in creating such hauntingly beautiful melodies was not lost on the crowd as they stared up in awe of the bass playing genius. 3 hours flew by in a blink of an eye. Peter Hook & The Light brought the immense sound of alternative darkness that is Joy Division to life. At times if you closed your eyes you would swear it was Ian Curtis on that stage.

With son Jack also on bass the father and son duo thumped out the distinctive Joy Division bass lines to perfection!! Jack looked and played like a younger version of the great man himself, even down to his bass playing stance (slung forward bass hanging low) reminiscent of Hooky in his heyday. Such big boots to fill, and he did it without missing a beat!

There was not a New Order song to be heard, neither was there anything from Hooky’s side projects, Revenge or Monaco. This was purely a celebration of one of the best and most influential bands of the last 40 years.

In terms of highlights, there were too many to mention – the dedication of ‘Atmosphere’ to Ian a notable stand out, putting a lump in everyones throat. Absolute beautiful moment! 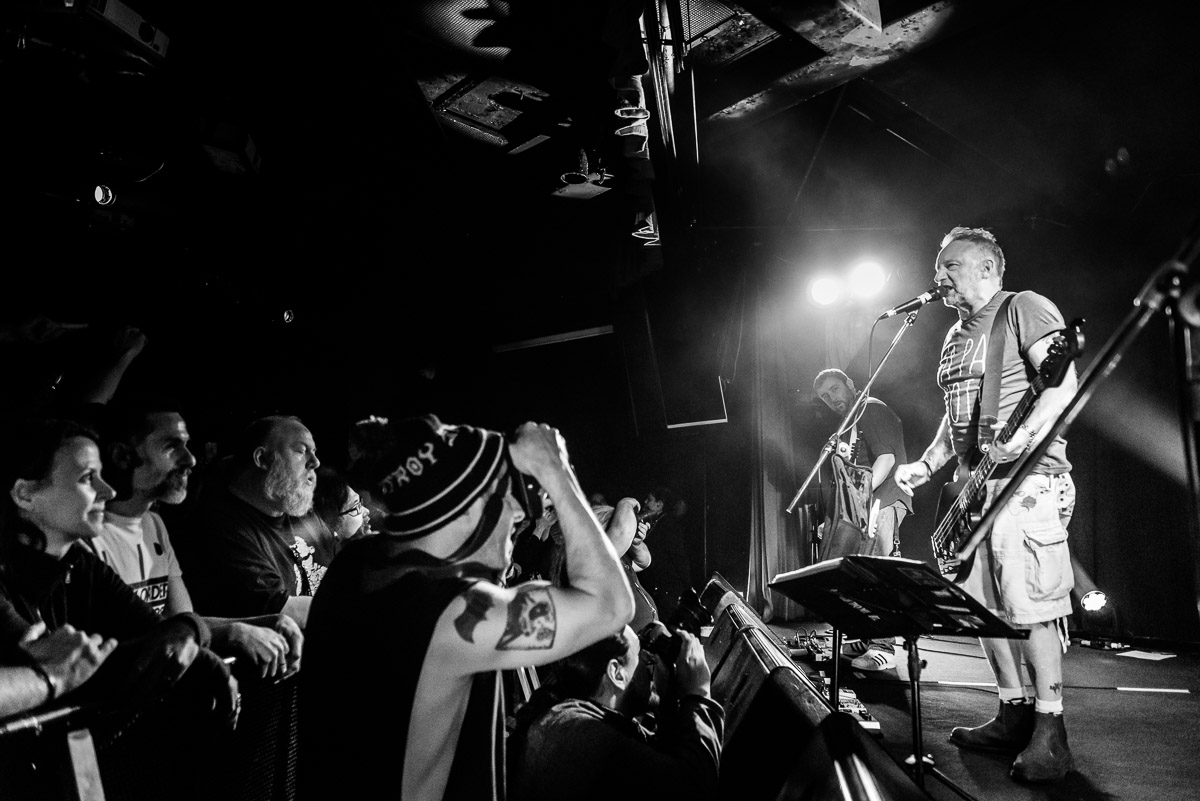 You would not believe that Hooky has been performing for close on 40 years, with his youthful energy and rock star moves you’d think he was just starting out, such was the enthusiasm and gusto with which he brought to his performance!

In closing, with a beaming smile and after a rousing rendition of the classic ‘Love Will Tear Us Apart’, a shirtless Peter Hook threw his top into the crowd for some lucky female to take home as a souvenir. He sauntered off with a promise to return next year – giving us all something to look forward to!

Hooky you are a God!