Las Vegas rockers Imagine Dragons, arrived at Margaret Court Arena, Melbourne on Tuesday 15th May for their Evolve world tour. They sauntered onto stage at 8:45, with lead singer Dan Reynolds decked out in an eye catching black tracksuit pants that were tucked into his white socks and runners. Bare chested, muscular and looking every bit like a gym instructor, not the rock star he is. He wooed the crowd with his energetic performance, prowling the stage like a caged tiger. With his Aerobic style dance moves, he had all the girls and most of the boys screaming for more at his every turn.

Kicking off the set was the scintillating “I Don’t Know Why?” first track on Evolve. We were already drawn to the opening drum beats, and knew it was going to be a blazing song and show.  Next up was “Believer”. This track went off and the whole stadium just buzzed in its energy. They whipped the crowd away into a frenzy with an old favourite “Its Time” from Night Visions, their debut. 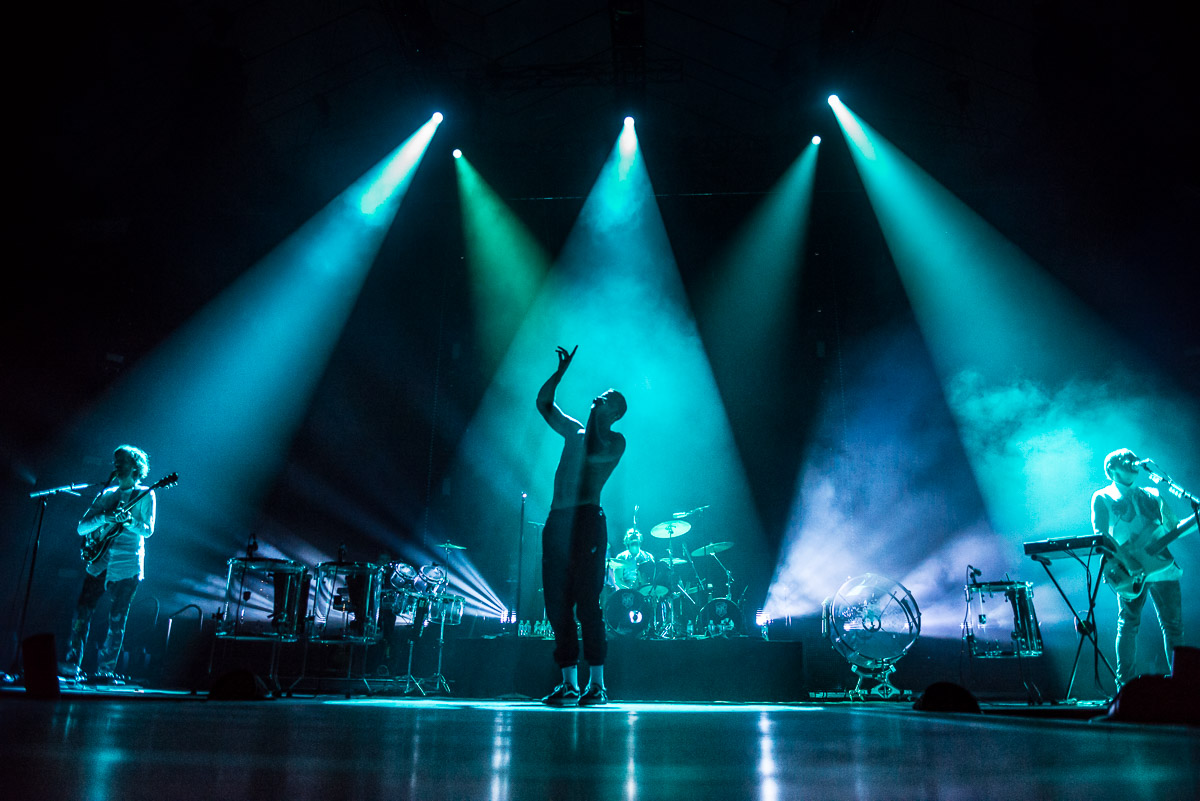 The irresistible and every so catchy “Thunder” was among the many highlights, including a surprise haunting cover of Alphaville’s 1984 hit “Forever Young” with all phones lighting up the venue. It was a mesmerising sight. 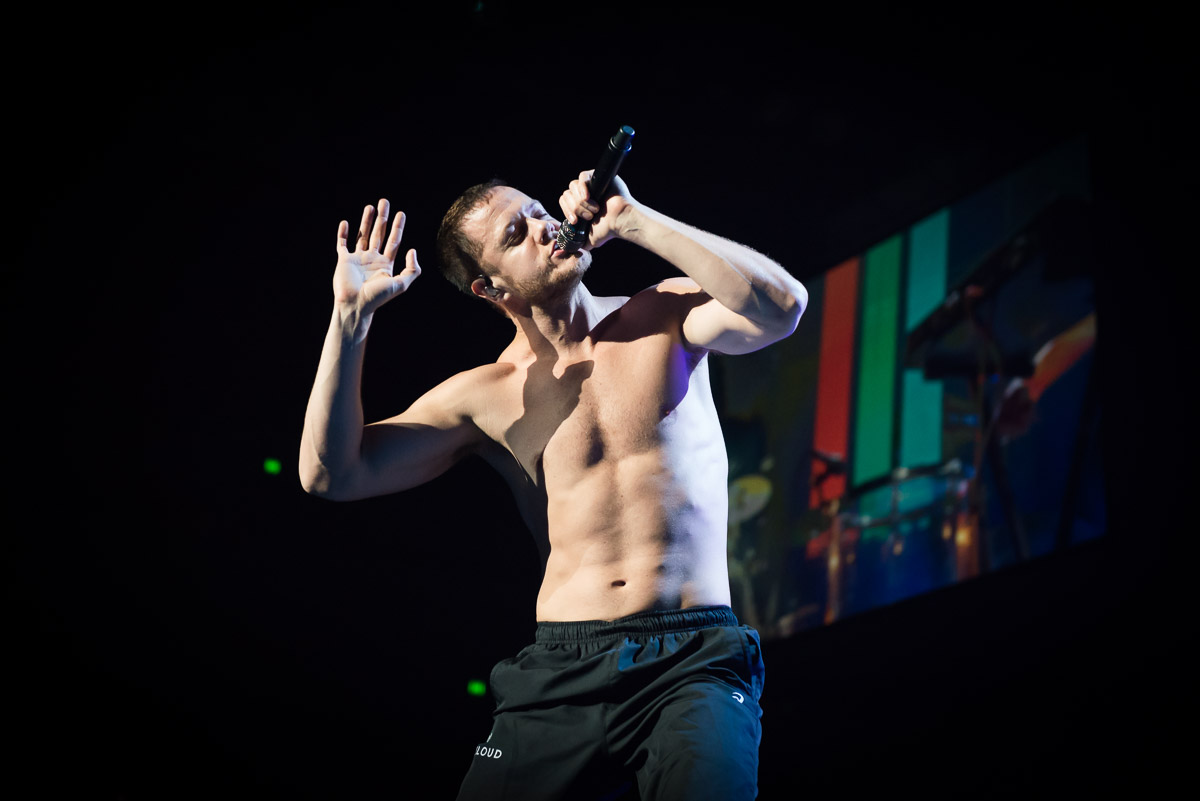 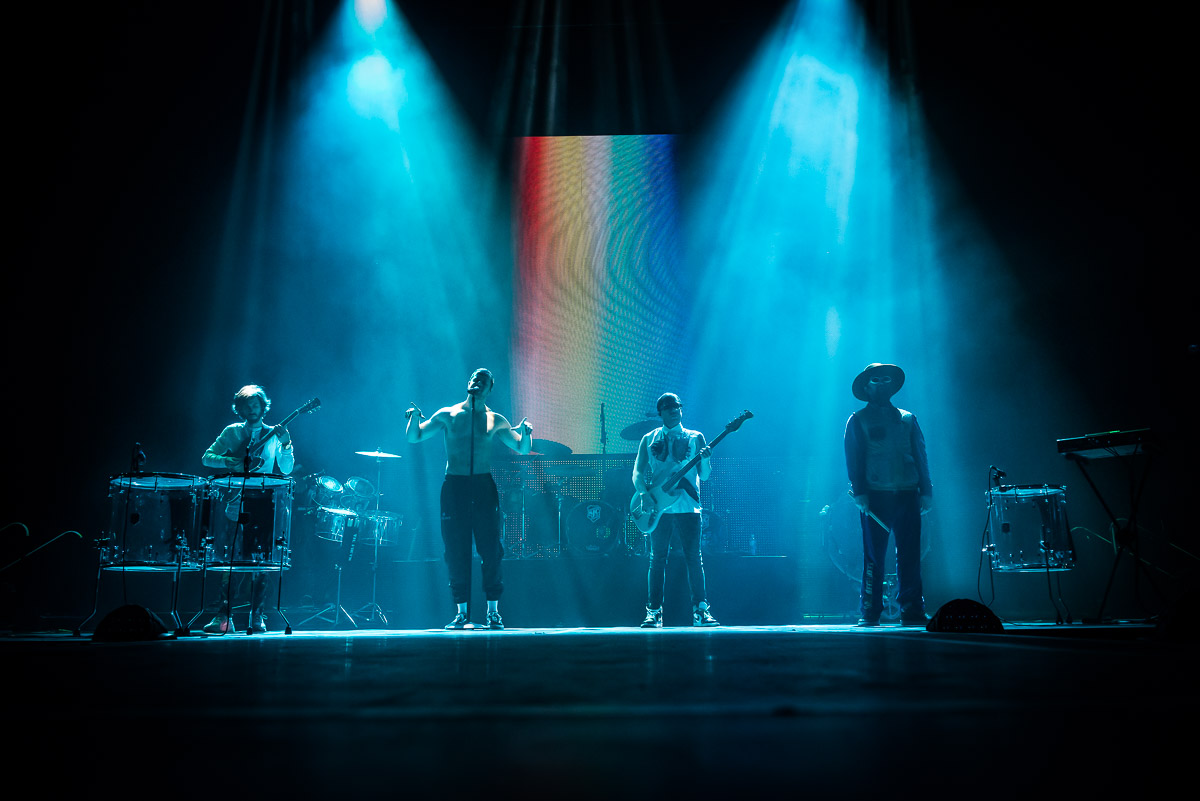 Interrupting proceeding on a few occasions, Dan spoke passionately about matters close to the heart. The venue fell silent and hung onto this every word, explaining the subject matter of the latest album Evolve. You can definitely see and hear his heart and soul pouring out. It’s such a pleasure to witness such passion and love a person has for life and their music. 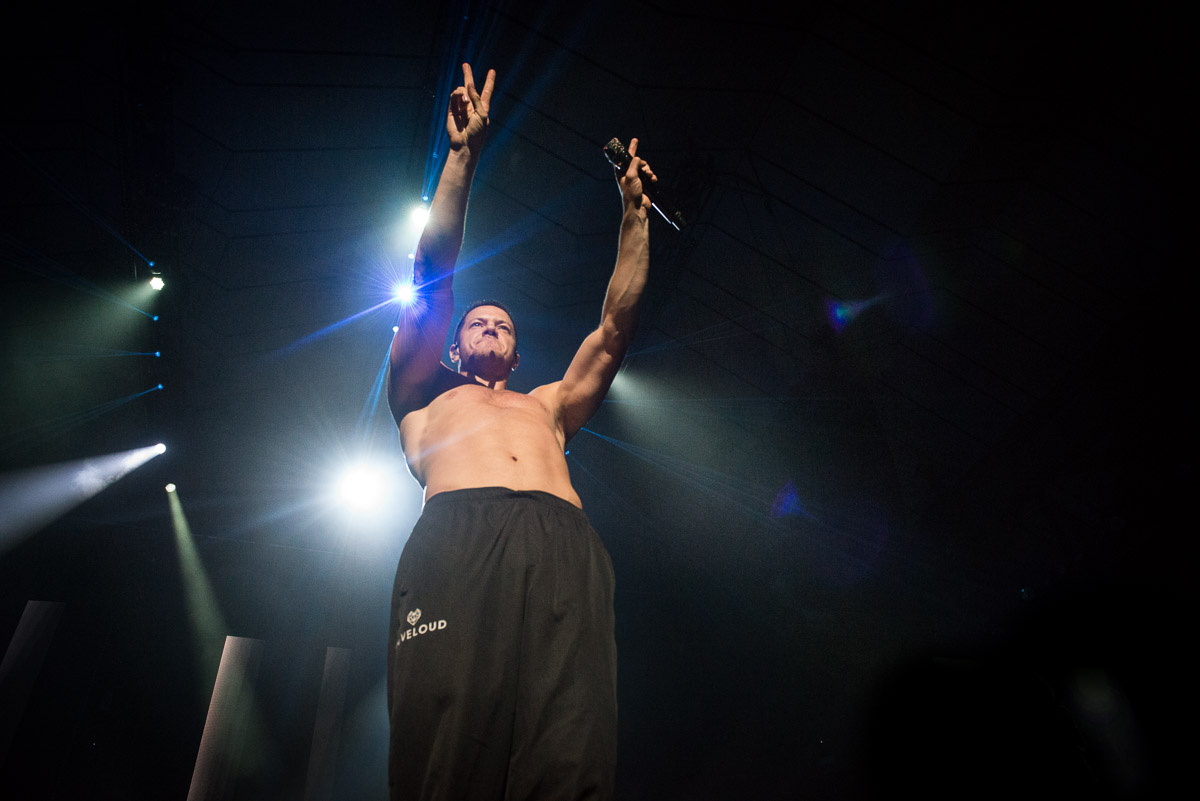 Imagine Dragons – What a faultless performance! Sounded great. Looked amazing and constantly left us wanting more, 1 ½ hrs flew by so fast! This band is incredible and one of the best live acts that we have seen. They brought the lightning and the thunder to our ears and one of the best concerts to be a part of. What a band! What an amazing show!!

Look forward to seeing them again.