After playing sold out rooms throughout the UK, Europe and Asia, and making history as the youngest male artist to sell out Sydney’s iconic Opera House (twice), ARIA-award winning multi-instrumentalist, songwriter and performer Ruel will release his highly anticipated sophomore EP FREE TIMEon Friday 13 September and embark on his most ambitious tour to date.

The tour kicks off on Thursday 19 Septemberin Brisbane, beforehitting Adelaide, Melbourne, Sydney and Hobart. Throughout the run, Ruel will treat fans to a completely new stage production and brand new music from the new EP.

The EP’s first single Painkillerhas already gathered over 20 million streams in just two months, adding to Ruel’s overall 300 million+ global streams. The new body of work is the next step in the evolution of an artist who began playing guitar and writing songs at only 8 years of age. It demonstrates Ruel’s maturity as a songwriter able take on any genre and unsatisfied staying in the lanes of Pop and RnB.

At just 16 years of age, Ruel has received public praise from the likes of Khalid, Zane Lowe andSir Elton John for his songwriting craft well beyond his years and his commanding live performances. Last year, he received recognition back home by becoming the youngest recipient of an ARIA Award for Breakthrough Artist of the Year.

Ruel’s videos for singles ‘Younger’and ‘Not Thinkin’ Bout You’have caught fire, each surpassing over 8 million views, and the videos for ‘Dazed and Confused’and ‘Don’t Tell Me’have each enjoyed over 5 million views, with his latest single‘Painkiller’fast approaching 8 million views. Additionally ‘Younger’ and ‘Dazed & Confused’are both ARIA certified Platinum with over 73 million and 62 million streams respectively, and ‘Painkiller’ and ‘Don’t Tell Me’are both ARIA certified Gold.

2019 saw the star collaborating with Australian legends Hilltop Hoodsfor their track ‘Fire & Grace’and later performing with them on the main stage at this year’s Splendour in the Grass Festival. He also recently performed at California’s legendary Coachella festival with British producer SG Lewison their electro collaboration‘Flames’. 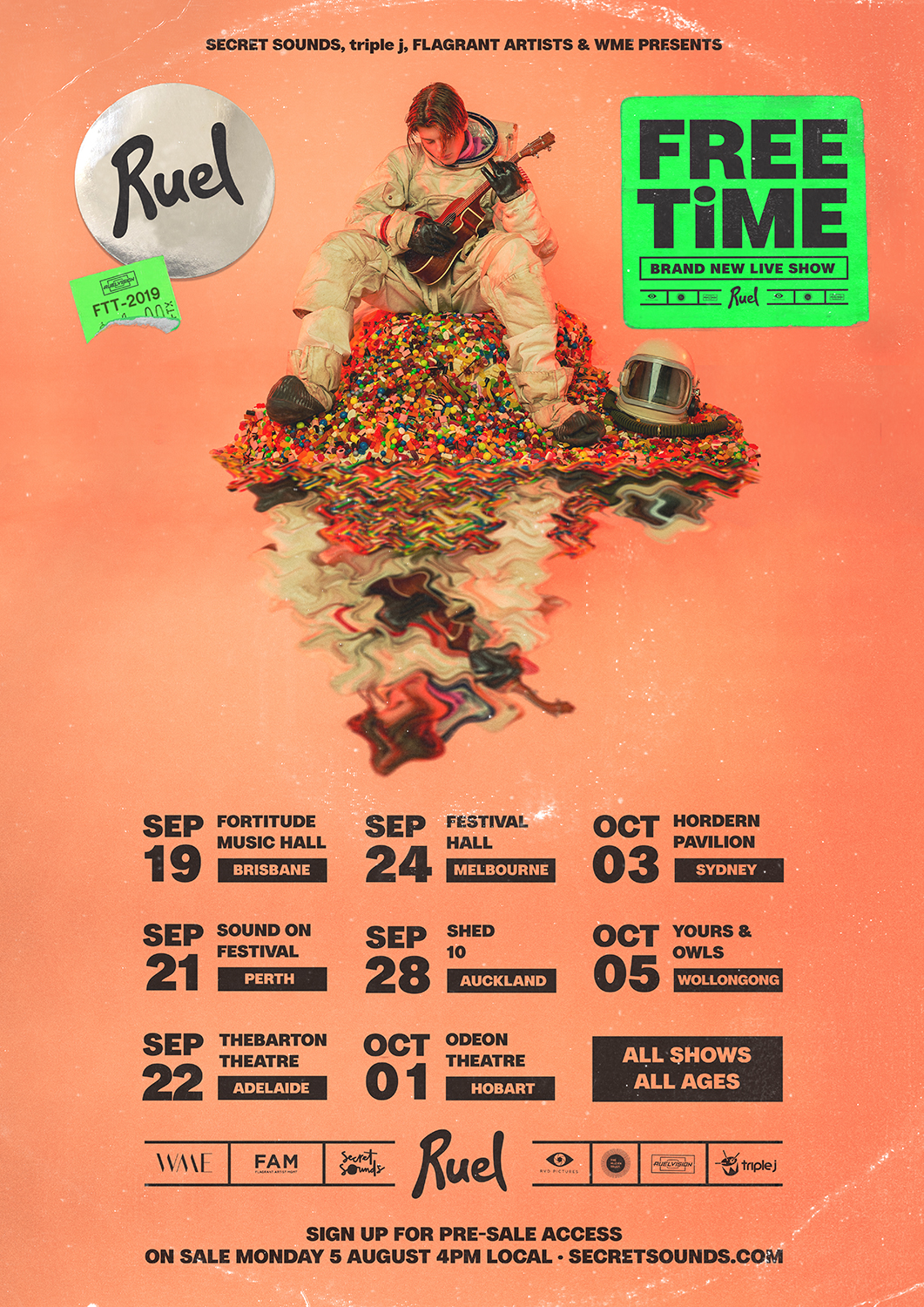