RETURN WITH A NEW

Following on from previous collaborative track ‘How Far We’ve Come’, today Melbourne/Naarm based producer artist YAAK teams up with Japanese/Australian singer-songwriter MIZUKI, who deliver an introspective, DnB/pop fusion ‘BREATHE’ via Hy-Lo and ON3. The track starts with an emotive edge that draws you in with a heartfelt vocal performance from emerging pop icon MIZUKI. The track opens up with a subtle delayed synth line that is then brought back to Earth with MIZUKI’s distinct vocal tone. The pre-chorus is where the influence of YAAK comes to the forefront before exploding into the chorus with the definitive DnB beat coming to fruition. The track remains at a mid tempo future pop slow burner that is equal parts danceable and equal parts graceful. The track showcases MIZUKI’s ability to bring the listener into her own musical world as well as YAAK’s deft touch for electronic soundscapes and textural ability.

The collaboration demonstrates strides into new musical territories for both artists with MIZUKIstepping into the dance-focused realm of YAAK whilst he opens up to the forward thinking pop of MIZUKI to create a stylistically versatile single that could be likened to other electronic masters like Yaeji or Pinkpantheress.

On the single, YAAK and MIZUKI expressed “the record is about being completely lost in yourself, almost to the point of not knowing that you need to be found, only for someone/something to come in and illuminate the darkness around you so that you can “breathe” again.”

Written shortly after MIZUKI’s move to Melbourne, ‘BREATHE’ serves as a chance to express the mixed emotions and feelings that come with new starts and big life changes. It’s a sign of the emotional maturity and reflection that MIZUKI holds. MIZUKI further shares, “we had been on and off with lockdowns and there were just so many mixed emotions brewing inside of me. I felt lost, I felt lonely, I felt sad, I made some incredible memories with some of my best friends – I basically just grew so much in that time. For most of my life, I had always felt this pressure inside of me to be strong and to not show vulnerability but somewhere along the way I also learnt that it’s okay to be sad and to be lost because in the grand scheme of things, it’s all just a part of the bigger picture.”

On ‘BREATHE’ YAAK details “the record came together at a really transformative moment in my life; I had just moved out of home, and it was my first time really starting to work with people outside of my camp. My first session with MIZUKI was like a breath of fresh air, we got along better than I think we both anticipated in terms of the music and personally, too. What followed was a bunch of sessions, and a bunch of records which ultimately birthed BREATHE. I feel that the production really gave me the opportunity to flex in the most subtle way possible. For anyone paying attention, there’s layers upon layers of detail; subtle, abstract textures dance across a lucid soundscape that support MIZUKI’s vocals but never take away from them. There’s this beautiful, synchronous relationship that exists between the production and the vocals, and I really believe that’s a testament to my relationship with MIZUKI.”

A former Beatport production contest winner and multidisciplinary artist and producer, YAAK has amassed millions of streams across platforms and received high praise across triple j, Pilerats, Acclaim Magazine, Happy Mag, Beat Magazine, and many more. Through his affinity for bass and rhythm music, coupled with a progressive pop and hip-hop sensibility, YAAK’s sound has evolved much from his debut EP offering ‘T I D E S’. With a tremendous enthusiasm to explore new soundscapes and production techniques, YAAK has gone on to release many records and collaborated with artists including Sam Bluer, Jalen Santoy, 506, and Jas.

An emerging artist making waves across the alt-pop / dance scene, MIZUKI has delivered a string of impressive singles ‘How Far We’ve Come’, and ‘Over The Sun’, having been supported across the likes Pilerats, Life Without Andy, Woman in Pop, When The Horns Blows, triple j’s Home and Hosed, Unearthed and FBi Radio. No stranger to a collaboration herself, MIZUKI has worked closely with the likes of Jacob Farah, Aaroon Dobos, Taka Perry, Tentendo, and with Jeremy Newall on his single ‘Waiting On You’. With her delicately soulful vocals, MIZUKI is quickly making a name for herself as one to watch.

On this release, two emerging Melbourne labels / collectives Hy-Lo Creative and ON3 Studio are also coming together to bring their shared ideology of music and community, to prove that through supporting and uplifting each other, anyone can succeed. Founded by YAAK a.k.a Jacob Trad, and George Yacoub, Hy-Lo Creative was formed in 2021 with the intention of helping budding artists navigate the (often) difficult music industry; providing the resources and support required to put their careers, and art into motion.. Similarly, ON3 Studio, founded by Aman Bayatly and Kishnel Chand in 2020 was launched as a music development and discovery collective, aiming to elevate the work of both established and emerging local acts. They operate a creative house in Brunswick, Melbourne which in its short tenure has quickly become a hub for creatives of all diverse backgrounds, locally and interstate to visit and work out of.

George and Kish from Hy-Lo and ON3 say of the release that “this collaboration between labels was to ensure that both artists get their shine, respectively. However it also gave us an opportunity to really highlight the emerging Melbourne scene, and we hope our shared collaborative ethos can inspire more to work together”.

YAAK & MIZUKI’s new track ‘BREATHE’ is out now via Hy-Lo and ON3. Official single artwork below 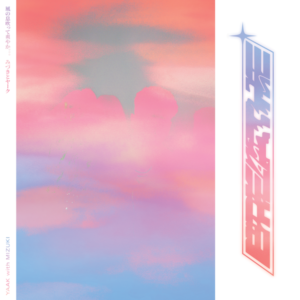 For more info on YAAK, visit:

For more info on MIZUKI, visit: