Lamphead continue to impress with Sweet Chilli Nachos; their raucous, manic third single from their debut self-titled EP which is set for a full public release on the 2nd of April.

The Novocastrian four-piece have been sharpening their sound over the last year, and have put together a 5 track EP that explores elements of Math Rock, Pop-Punk and Midwest Emo, taking sonic ques from acts such as Tiny Moving Parts, CHON and American Football.

Sweet Chilli Nachos takes their unique approach to songwriting up a few notches; jam-packed with different rhythmic sections, huge stadium-filling choruses and a bouncing pop-punk outro that seems to come out of nowhere – all in the space of just two minutes.

Sweet Chilli Nachos starts with a swinging ¾ intro, and was theme that laid the groundwork to creating the rest of the track.

“We also wanted to experiment in 3/4 to create a really nice sway and groove to this song, it nearly has a sea shanty feel to it! With the production we really wanted to chorus to pop, with heavily layered vocals and harmonies. It started off as a straight up pop-punk track but the lead guitar melodies and time signature changes pushed it into our own niche sound.” – Darcy Long

The chorus melodies on Sweet Chilli Nachos are sure to be a fan-favourite moment in the bands live set for years to come, with soaring group vocals that act as a call and response to frontman Joey Geyers lead vocals.

Geyers voice shines throughout the track, providing a bright and warm feel throughout its runtime. The songs narrative follows a complication within a relationship that causes the two people to become closer together because of it.

“It’s about being in the process of separating from someone that used to be a big part of your life, and in the pro- cess questioning whether or not you’re really ready to move on from said person. The verses also vaguely reminisce on memories that stuck out in the times that person and I spent together.” – Joseph Geyer.

Sweet Chilli Nachos will be followed by a launch show at the Cambridge Hotel in Newcastle on the 4th of April. 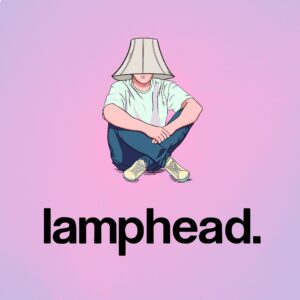