Pulling aural influences from The Black Keys, Verge Collection, and The Strokes, King Brown add their own hugely accomplished, and impeccably stylish, take into the Aussie rock arena.

“Thematically ‘My love’ is a song about being completely lovesick towards someone. Feelings that are so intense that you’d do anything for them, but in the back of your mind being very insecure and jealous of anyone else because you’re afraid of losing them.” King Brown

A truly immersive listen, ‘My Love’ will have your heart aching in sympathy for the lovesick melodies from Brendon, yet grooving under a hypnotic spell from the surrounding instrumentation. You’ll notice King Brown’s power lies in their ability to craft rich soundscapes that take on a palpable essence that is captivating from the very first chord.

This release sees King Brown step into their full potential marking a pivotal new era for the band. “We’ve completely changed the dynamic within the band. With Brendon stepping up from behind the drums to be the fulltime frontman, it’s enhanced our live shows phenomenally. We’ve turned a new page and we’re so excited to see where we can take it.” King Brown 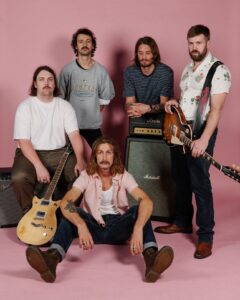 “Production wise we changed things up a little, this is the first song almost completely recorded and released by ourselves. We recorded half of the song at vision studios and the rest at Ben’s Bumchic Studio. Vision studio allowed us to capture that large room sound for the drums and guitars. With Ben mixing this track too, and Shaun creating the artwork, we’re pretty much a fully inhouse band.” King Brown

Crank up the radio and cast a trail of dust as you cruise into the setting sun with the new age of King Brown. 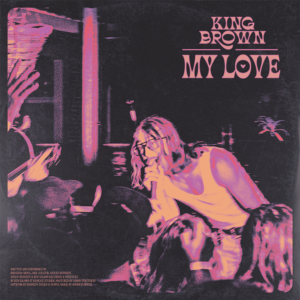 “Plenty to love here. That you’re into the Allah-Lahs is one. That searing guitar is another. I’ve got about 12 more, but that will do for now.”

“This one stands out with a thick and dusty aura. I think that guitar solo is talking to me, nattering some mischievous things in my ear like a rock devil atop my shoulder.”

“And if the band’s ability to weave a killer soundscape doesn’t impress you, their unique style of storytelling will.”

“creative songwriting and some straight up pure rock”

“In a similar vein to bands like The Rubens, Kingswood and even more surf-leaning artists like Ocean Alley, there’s a pull towards the heartfelt when it comes to King Brown’s style of storytelling”

“cranking up the wireless, slamming it on the bonnet of the kingswood and cracking a beer after a big day in the surf. and yes, king brown is supplying the soundtrack.”

“it’s rock n roll from another era that’ll please plenty in this era too!”