I BUILT THE SKY

‘THE QUIET PLACE AWAY’

Labelled “Prog Titans” by Guitar World Magazine, Rohan ‘Ro’ Stevenson’s‘ I Built The Sky’ presents a brand new shiny studio album… but with a twist. Titled ‘The Quiet Place Away’ the album is entirely acoustic, but is far from a stripped back release that likely comes to mind when hearing the words ‘acoustic album’.

The album is a thoroughly progressive 10 track body of work that explores a wide range of soundscapes sure to transport any avid progressive music fan through a unique journey unlike any other.

Introducing new album ‘The Quiet Place Away’. (Out June 3rd) 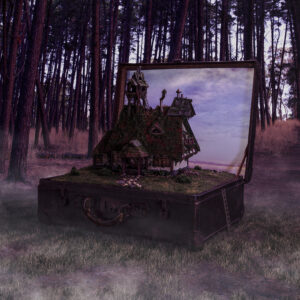 2022 will see ‘I Built The Sky’ release the fully-fledged 10 track album ‘The Quiet Place Away’, but not one to rest on his laurels, Stevenson has also produced a documentary of the recording process, directed 4 videoclips (including immersive artwork from acclaimed artist Pat Fox), and after dominating three shows across Australia’s ‘UNCAGED’ Festival nationally, has just announced a home town Melbourne headline album launch featuring two full sets, one from the new release featuring guest musicians on strings, piano and percussion as well as a  set with all the riffy, shreddy goodness fans already know and love. Tickets are on sale now 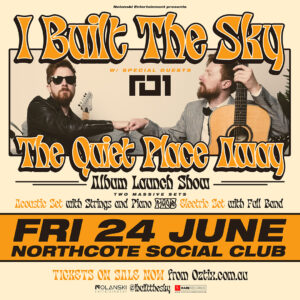 About the Sound: Love prog but bored of the norm? come and visit ‘The Quiet Place Away’ and experience something new innovative and oh-so satisfying.
The album features gorgeous string arrangements throughout, curtesy of Jake Willson (UK),Piano/Keys/Synth’s performed by Australia’s own Ian Peres(Wolfmother, Ash Grunwald, Xavier Rudd) production, mixing and mastering by none other than Forrester Savell who has worked with the best in prog/rock and metal worldwide (Karnivool, Dead Letter Circus, Animals As Leaders, Twelve Foot Ninja and more) all lead by Rohan’s exceptional guitar lead compositions.
From the delicate to the dense, the album has it all. Some standout tracks being ‘The Quiet Place Away’ which kicks off the album, a definite mood setter from the get-go, lush strings engulfing Rohan’s smooth guitar textures that provide a very chilled out and satisfying ride. Moving through the album, the next notable track is also the first single called ‘Let Yourself Dream’ which showcases some of Rohan’s more intricate guitar playing with a gorgeous video clip to growth it in which Rohan claims “Was a dream I actually had, so I thought I’d re-create it for the video”.
As we continue on the songs become more elaborate and begin to really push the boundaries of acoustic music, feeling more like… Progressive Acoustic? is that a thing?? we don’t know but it should be. ‘The Visitor’ encapsulates this perfectly starting out very chill, but soon blooms with the most glorious of harmonics that just wash across you, the song continues to build and grow reaching some really unexpected harmonic lines, ear catching piano licks, and strings that feature the most pleasing of arrangements, all in all a strong feature from the release.
‘ This Is Astral Travel’ introduces some 5/4 time signature goodness but in the most hookiest of ways, this is going to be one of the tracks that won’t leave your head after hearing it, the way the song kicks in is glorious a proper musical journey to escape into. ‘Time Travel Experience’ starts of quite sweetly with a nice melodic riff which leads into some more odd time fun and melodic layering and interesting chord progressions, this song is very dynamic from subtle to absolutely huge, weird to say that for an acoustic song, but listen through for the pay off when ‘that bit’ at the2:30 mark kicks in, almost haunting in nature. The last track ‘See You Next Time’ leaves us with amore stripped back track and an uplifting mood to end on after such a wild journey from previous tracks. A great finish that proves adding all the bells and whistles is not always needed to produce a great song worthy of a place on the album.
About the Art: The artwork is also a large reason why we can see that Rohan ain’t playin so to speak, commissioning artist Pat Fox who has worked with such high-profile artists including Tash Sultana, Northlane, The Amity Affliction, Taking Back Sunday and many more, to literally create ‘The Quiet Place Away’ Pat loves to work with real world concepts, so after discussions took place about artwork direction for the album, the decision was made to create and bring to life ‘The Quiet Place Away’.
As the album roll out continues with 2nd and 3rd singles being launched the artwork captures the moods by venturing into different times of day and scenes with Rohan, wife and doggo’s featuring as they go about their day at ‘The Quiet Place Away’. Each piece includes Insane details over 12unique scenes. 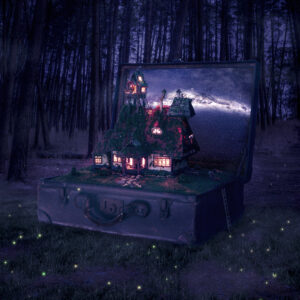 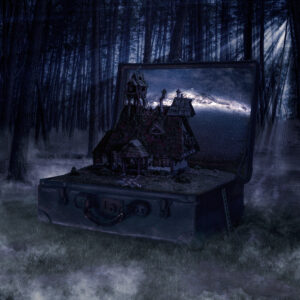 The 10 Song Album is set for independent release on June 3rd with Pre-Orders available now.
Pre-Order the album here:https://listen.ibuiltthesky.com/tqpa
Be first in line for new single and video clip for ‘Let Yourself  Dream’ here: https://youtu.be/_hEXZQtxJko (Premiering on Youtube May 13th)
See it live in Melbourne on June 24 that Northcote Social Club

CONNECT WITH I BUILT THE SKY