Beloved local singer-songwriter Julia Jacklin announces her highly anticipated new album PRE PLEASURE, set for release on August 26 via Liberation Records. The new album, Jacklin’s third, is a masterclass in songwriting and cements her status as one of the most important songwriters of our time.

The announcement of the album arrives alongside glorious new single ‘Lydia Wears A Cross’, which lands today with another visually stimulating video.

“The song is about a lot of things but mainly being a 7yr old Jesus Christ Superstar fanatic attending Catholic school trying to figure out which way is up. The music video was filmed by my constant collaborator and friend Nick Mckk at Splitpoint Lighthouse. I played a show close by recently and asked on stage if anyone could let me film inside. Someone in the crowd knew a guy and that was it. The rest was filmed in the streets of Northcote, Melbourne.”

“A lot of the time I feel like I need to do all the work before I can enjoy my life,” says Julia Jacklin of her third album. “Whether that’s work on songs or sex, friendships, or my relationship with my family – I think if I work on them long and hard enough, eventually I’ll get to sit around and really enjoy them. But that’s not how anything works is it. It’s all an ongoing process.”

The binary of casual crisis is a powerful force in Julia Jacklin’s music. Since releasing her debut album Don’t Let the Kids Win in 2016, the Melbourne-via-Blue Mountains singer-songwriter has carved out a fearsome reputation as a direct lyricist, willing to excavate the parameters of intimacy and agency in songs both stark and raw, loose, and playful. If her folky 2016 debut Don’t Let the Kids Win announced those intentions, and the startling 2018 follow-up Crushing drew in listeners uncomfortably close, PRE PLEASURE is the sound of Jacklin gently loosening her grip.

PRE PLEASURE was conceived upon returning home from a mammoth Crushing world tour, and finished in a frantic few months of recording in Montreal with co-producer Marcus Paquin (The Weather Station, The National), (“The songs on this record took either three years to write or three minutes”). The new, 10 track offering sees Jacklin once again putting intensely personal thoughts and feelings to paper whilst expanding on her signature sound; and, at the same time, attempting to inject some joy back into the process.

“Once music becomes your job, you can lose the purity of music fandom. I spent the last two years trying to reconnect with that. I didn’t play much, I just listened. Especially to a lot of big pop music like Celine Dion, Robyn and Luther Vandross – music that wasn’t so heavy, big feelings, big production. You lose sight of what putting on a big, beautiful song can do.”

There are moments throughout the album’s ten songs that indeed reflect this source inspiration, and Jacklin’s willingness to explore new terrain as both a producer and songwriter, but ultimately, PRE PLEASURE presents Jacklin as her most authentic self; an uncompromising and masterful lyricist, always willing to mine the depths of her own life experience, and singular in translating it once again into deeply personal, timeless songs. 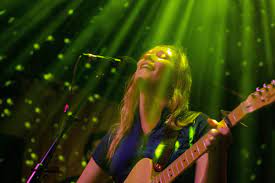 “I care so much about the people around me, so much it makes me want to sleep forever, it feels so overwhelming. I wasn’t raised in an environment where language was used to express love and care, part of my songwriting process is me trying to rectify that, force myself to put words to those feelings.”

Following on from her recent sold-out Australian tour, Julia Jacklin has announced a comprehensive run of dates for fans in the US, UK and Europe. Kicking off in August, the tour will span several months and see her perform at her biggest venues to date, including iconic rooms like the 3000-capacity Roundhouse in London, and 1800-capacity Brooklyn Steel in New York.

A little more about Julia Jacklin… Both of Jacklin’s aforementioned albums Don’t Let The Kids Win and Crushing, resonated strongly across the globe on release. Crushing debuted into the Top 10 of the ARIA Album Chart and was included in more than 20 Best of Lists for 2019 Albums including Pitchfork, Uncut, the New York Times, Junkee, I-D, Rolling Stone and The Guardian. It was also nominated for 6 ARIA Awards and won the AIR Award for ‘Best Independent Blues & Roots Album’ in 2020, as well a US Independent Music (Libera) Award for ‘Best Folk & Bluegrass Album’.

Jacklin’s songs have received widespread radio play from triple j, FBi and community radio locally, plus BBC1, BBC 6 and Sirius XMU globally.  Support from DSPs is also strong; Jacklin has over 150 millions streams to her name to date. 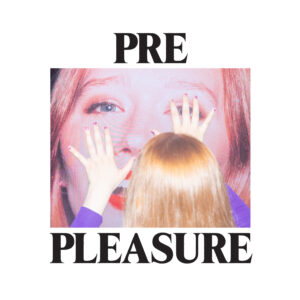 Julia Jacklin – ‘Lydia Wears A Cross’Out now through Liberation Records Listen/watch hereJulia Jacklin – PRE PLEASUREOut 26 August 2022 through Liberation RecordsPre-order hereTracklisting:1. Lydia Wears A Cross2. Love, Try Not To Let Go3. Ignore Tenderness4. I Was Neon5. Too In Love To Die6. Less Of A Stranger7. Moviegoer8. Magic9. Be Careful With Yourself10. End Of A Friendship