Josie has been steadily forging a path for herself throughout 2020, with her endearing, playful approach to music instantly capturing the attention of millions (as well as Lily Allen) via her confidence-inducing track “BTEC Lily Allen”, which immediately went viral across Tik Tok.

Follow up singles “Sliced Bread” (“a breakup song that’s not about crying into your pillow and burning photos of your ex”) and “Burner”, a playful critique on misinformation spread through social media, have been just as well received by the 19 year old’s rapidly growing fanbase, with a significant set of stats building for the British artist: 4.5M+ Tik Tok views, 50K+ across socials and 200K+ Spotify streams.

An intriguing young artist, Pub Songs: Volume 1 is an exciting window into the unique world of Josie Proto. Josie’s witty lyrical style – delivered in a quintessentially British manner – shines across the EP, capturing teenage experiences through her sharp, amusing song writing from a more matured, reflective angle. Paying full attention to all details of her craft, Josie skilfully brings these themes to light through the production’s usage of childish, naive, simple sounds; Game Boy synths and dinky pianos coated over toy-like drum beats.

Of the EP, Josie explained: “PUB SONGS: Volume 1 is a collection of angsty teenage pop songs in essence. Some of the songs were written when I was about 16 and others were written recently, but all of them will remind you of alcopops and crushes! I like to think that the songs in PUB SONGS really are a summation of my teen years and also of my personality. There are songs about escapism and wanting to run away and there are songs about hating the words ‘I Love You’; some are happy, some are angry and some are just plain moany! I think they feel like reading a bit of a diary that I used to keep or maybe a collation of phone conversations with best friends.”

Inspired by the vulnerability of Carole King and Nina Simone as well as the everyday relatability of Madness, at just 19 years old the British teen is taking all these formative sounds and experiences somewhere new. With acclaim already coming in from top-tier tastemakers like CLASH, EARMILK and Radio 1 amongst significant blog hype, Pub Songs: Volume 1 is a celebration of a well-earned buzz around the teenager and a marker of bigger things to come. 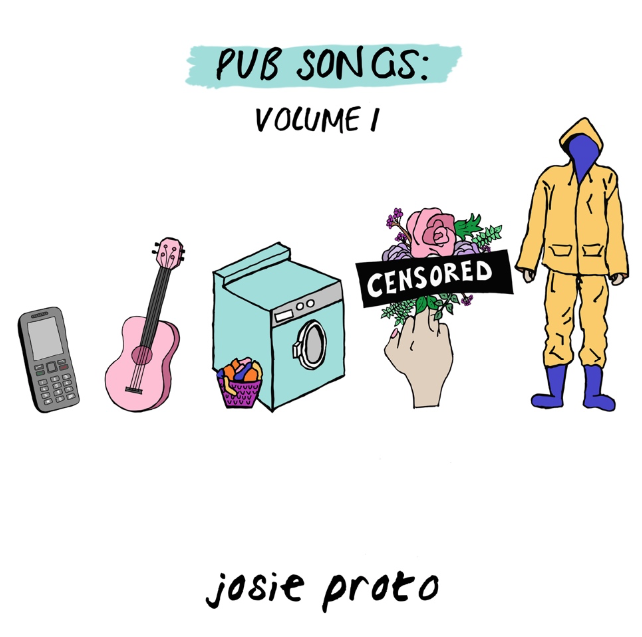