I OH YOU is incredibly proud to present Jack River’s glistening new single ‘Adolescent’. Premiered on triple j Good Nights and CLASH and accompanied by a lyric video full of angst, ‘Adolescent’ is a boycott to conventional pop subject matter, questioning youth’s age old obsession with love and lust. Calling out the façade of social media culture’s infatuation with aesthetics, this is a song for all the boys and girls chasing something deeper and grittier, something with meaning.
“I wrote ‘Adolescent’ in NYC a couple of years ago. It’s a song for all the girls and boys sick of shallow love and the culture that celebrates it.” – Jack River

Watch the lyric video for ‘Adolescent’

‘Adolescent’ will feature on a deluxe version of Sugar Mountain which I OH YOU are pleased to reveal will be released on Friday 31 May. The deluxe album will include all the original Sugar Mountain tracks, acoustic versions of ‘Fault Line’ and ARIA Gold Certified‘Fool’s Gold’, a special cover from the album title’s inspiration; Neil Young’s ‘Sugar Mountain’ and ‘Adolescent’, which adds a unique sparkle to River’s glowing catalogue. Available digitally and pressed on a limited run of hand numbered and signed vinyl, available for pre-order now, make sure you get your hands on this jewel ASAP.

The release of Sugar Mountain on 22 June 2018 earned Jack River widespread critical acclaim, a swell of dedicated fans, three ARIA Award nominations including Breakthrough Artist of the Year, Best Pop Release and Engineer of the Year and a recent 2019 APRA nomination for Breakthrough Songwriter of the Year – the awards ceremony for which will be held later this month.

On the live front, Jack River has performed to multiple sold out crowds at headline shows, been on the bill for the country’s biggest festivals including Splendour in the Grass, Falls Festival and this year’s Groovin The Moo, and has supported some of the world’s biggest artists including international indie-pop heavyweight Florence + The Machine, Aussie troubadour Vance Joy and notorious party-starting duo Peking Duk, with whom Jack River released the sweet single ‘Sugar’ with earlier this year.

Following her run on Groovin The Moo through April and May, Jack River will return yet again to the headline stage throughout May and June for the Sugar Mountain Ball. With some extra sweet treats in store for fans, River will play in her biggest headline venues to date across all capital cities. Tickets are on sale now at jackrivermusic.com.

Don’t miss Jack River bring her shimmering world to the stage this May and June and witness the new single ‘Adolescent’ make its full band live performance debut! 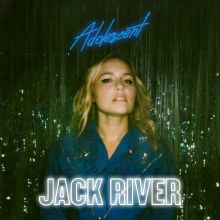 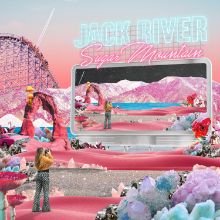 Tickets on sale now via jackrivermusic.com