Of the track, Spacely shares, “Nowadays I hardly write pen to paper, I just sit there and meditate to what I’m hearing and play off muscle memory. I caught a vibe from the beat by Sam Brodie and came up with a hook then laced it. OH NO! was self produced and self mixed, you know we have the tools now to write with other people, other producers but OH NO! was organic.”

The 25-year-old emcee and producer’s story is one of grit, determination and a whole lot of hustle. Atlanta and London might influence his sound, but Spacely’s stories are rooted in Western Sydney. Spacely wants to use his music to talk about the highs and lows of life in his neighbourhood, sharing the perspective he’s gained from making mistakes but growing from them. Because his own path hasn’t been without hurdles: teen years spent with “too much time on his hands and not enough guidance” saw Spacely run into trouble.

As a teenager, he taught himself to write, record and mix tracks between his bedroom and a music studio in a Blacktown community centre. Spacely began putting his raps up on SoundCloud and quickly caught the ear of Melbourne label WVS, who released his first official single ‘You Know It’ in 2017.

From there, it wasn’t long before he started turning heads. 2017 also saw Spacely drop the anthemic ‘Dopeboy ft. Big Skeez’ and return the next year with the heaters ‘#Code’ and ‘Don’t Approach’, the latter of which was premiered by Zane Lowe on his Apple Beats 1 show. Some of his rhymes were written candidly about his life and emotions, others were delivered on the fly in the studio and drip with bravado.

Things have moved just as fast on the live front. Already, Spacely’s played at FOMO Festival alongside Post Malone and SZA, shared a Listen Out line-up with A$AP Rocky and Skepta, and been picked for shows curated by the tastemakers at Red Bull Music.

2018 also saw Spacely collaborate with Manu Crooks and B Wise on ‘Best Years’, the hit track that’s amassed over 1.8 million streams on Spotify. His music has also played on MTV Australia, scored airplay on triple j, been supported by Briggs on his Beats 1 show and featured heavily in Spotify’s curated hip-hop playlists.

The hot streak is set to continue in 2019 with ‘OH NO’, the first release in what’s poised to be a star-making year. Lil Spacely will celebrate the release with a Sydney event this April 27 at Waywards alongside BadboySwiss, Kymie, Big Skeez and Elijah Yo. Buy tickets here.
‘Oh No‘ is out now, buy/stream it here. 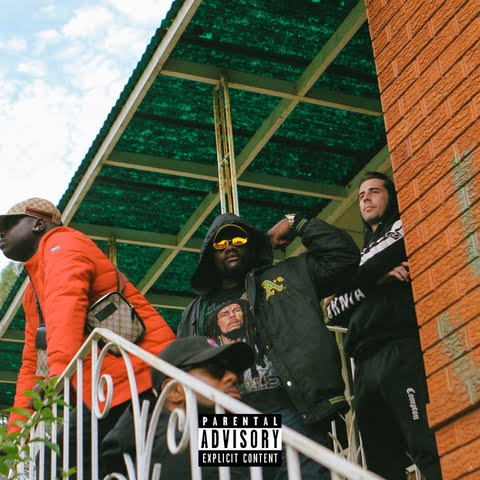