Gordi’s adoration for Dolly Parton comes to the fore as the singer-songwriter  unveils a beautiful cover of Dolly’s 2006 classic ‘Grass is Blue’. The rework sees Gordi exchanging Dolly’s southern twang for reverb-drenched vocals and neatly coincides with the rollout of the Moderna vaccine here in Australia (which Dolly helped to fund), after Gordi’s year working as a doctor on the COVID frontline.

“Dolly Parton keeps popping up in my life. In 2018 I was drinking at a bar in Nashville called ‘Dino’s’ and they had a cardboard cutout of Dolly (Alex Lahey and I wrote a song about it). I became low key obsessed after listening to the ‘Dolly Parton’s America’ podcast from start to finish on a 13-hour drive, and I recently realised ‘9 to 5’ is perhaps the greatest film ever made.

“When the pandemic hit and my tours got cancelled, I went back to working as a medical doctor in hospitals in Melbourne and watched the city get shut down by the virus. As it dragged into this year, I started working in vaccination clinics where, eventually, we began administering the Moderna vaccine – partly funded by the queen herself, Dolly Parton. So to pay homage to Dolly, I recorded her song ‘The Grass Is Blue’ in a single day at Phoenix Central Park in Sydney on a beautiful Fazioli grand piano.” – Gordi

The cover was recorded at the impressive new space at Phoenix Central Park in Sydney’s Chippendale, with Alex Lahey lending a hand on production. The track was mixed by Jon Low (Taylor Swift, Gracie Abrams), with whom Gordi previously collaborated on as part of her work with Big Red Machine and Bon Iver.

‘Grass Is Blue’ arrives with a gorgeous video, that sees Gordi immersing herself in nature’s playground. Filmed and produced by Triana Hernandez, the transportive video was filmed on the very first weekend out of lockdown in Melbourne, and aptly captures the sense of freedom and euphoria felt by many at this time.

“We didn’t know exactly what we were going to shoot when we started driving out of Melbourne. The world’s longest lockdown had just finished so being outside of our homes felt like such a treat. In the first minute of shooting I slipped on a tree branch and if not for my cat-like reflexes, it could have been a very different day. Turns out hanging out in nature all day is a splendid way to make a music video.” – Gordi

“This video is about the times you outsource your heartbreak to nature and let its energy cleanse your pain away. The animations by Sam Mapplebeck nicely illustrate the magic that goes through your body throughout this process – the tingles you feel when you lie under the sun next to a river and ponder in silence.” – Triana Hernandez

In addition to her work on the COVID frontline this year helping to vaccinate the masses, Gordi has also kept busy musically: releasing an EP of remixes from her current album, the Top 20-charting Our Two Skins; a second EP of her incredible live performance from Phoenix Central Park over Summer, titled Refracted; and a single with Alex Lahey, the glorious aforementioned ‘Dino’s’, which also saw her appear on The Late Show with Stephen Colbert.

After a year spent mostly in Australia, 2022 will see Gordi return to the global touring circuit, with a headline performance at Sydney Festival, and dates in support of Paul Kelly locally and The Tallest Man on Earth throughout Europe, with plenty more still to come. 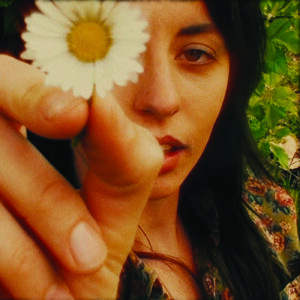