THE FIRST IN A NUMBER

OF SINGLES TO BE RELEASED

APRIL 16 ALBUM TO BE

RELEASED LATER IN THE YEAR

In Ancient Times to be a Druid was to be a religious leader, legal authority, adjudicator, lore keeper and political advisor. In 2021, DRUID are re-writing the definition, bringing heaviness to the world in the form of their new breed of nu-metal/metalcore machinations.

Today they have cast the runes, and divined that they will be releasing their new single ‘Room 44’ on Friday April 16 – available everywhere in digital stores and streaming platforms.

The single premiered on the airwaves on Tuesday 13 April with Lochlan Watt from triple J’s The Racket.

The band began in 2018 – finding each other in a most serendipitous way – and the following months produced their first EP Semblance, with the Loud Noise Estate – which paved the way to play shows alongside BLKLST, Wither, The Weight of Silence, The Motion Below and Superheist.

“Clown Party” was the first sign that Druid had discovered their sound and feel – it released in April 2020 and Lochlan Watt spun it on triple J’s The Racket – and gave it 4.5 Stars on triple j Unearthed. Tommy Faith from triple J Unearthed said of Clown Party and the band’s two vocalists – “The binary vocals are an important element in setting yourself apart as something fresh for the scene. I particularly like the vocal when you step into the double time sections and the way you thunder out into that breakdown? Mighty.“

The band says of their time in 2020, “We did not see the pandemic as a reason to slow down. In the downtime we kept writing and by the time the first lockdown was over we jumped back into the studio to record our soon to be announced debut full-length.”

Only time will tell what is in store for Druid in the future, but one thing is for sure. It will be unique and it will be heavy.

Room 44′ will be released on Friday April 16 on all digital stores and streaming platforms. Official Single artwork below 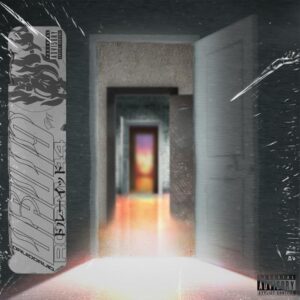