Melbourne alternative rockers, Belle Haven, began the countdown with the release of two infectious singles, “Nobody Likes A Hospital” and “Take Your Pill”. Today the band are unveiling the long-awaited ‘Time Changes Nothing’ EP – out now via Greyscale Records!

‘Time Changes Nothing’ was mixed, mastered, produced and engineered by Belle Haven’s Christopher Vernon with additional drum engineering by Declan White and programming by Callan Orr and Thomas Mitchell. In a chat with Blunt Mag, vocalist David De La Hoz shared the heart behind the the bands first extended release in four years.

“To keep it simple, Time Changes Nothing tells five personal stories of hopelessness. No matter the treatment, the effort, the time, the patience, the love (or lack of), sometimes it truly does feel entirely pointless. After all, what is really the point of a giant white puzzle? Even if you can figure out how to put all the pieces together, what are you looking at when it’s done?“

Sonically the EP explores nostalgic foundations and an honest lyrical context. The new music has been welcomed by an enthusiastic audience and has already garnered a massively positive response:

“‘Time Changes Nothing’ almost feels like a gonzo-styled therapy session; an unflinching insight into the psyche of lead singer and vocalist David De La Hoz. Pair that with the sharp riffs that intertwine between multi faceted drum fills on Take Your Pill to breakdowns so heavy it feels almost like Alpha Wolf. Fair to say, Belle Haven has us hooked.”
Hysteria Mag
“‘Time Changes Nothing’; an EP that beautifully explores grief, regret and frustration in its purest most painful forms and yet still manages to get stuck in your head and make you dance a little.“
Wall Of Sound
“‘Time Changes Nothing’ showcases truly timeless music that makes a bold and brave statement on one of the many issues that we as a society really should be talking more openly about.“Good Call Live
In the lead-up to release the band debuted their new music on a short stint across Australia on the ‘Nobody Likes A Hospital’ tour presented by Greyscale Records and Destroy All Lines. The quartet were accompanied by Adelaide’s alt. throughout the whole journey and joined by friends in Inertia, Days Like These, Future Static and Heartline in the bands respective hometowns to complete the tour – selling out four of five shows.
Consisting of four best friends, David De La Hoz (vocals), Christopher Vernon (guitar/vocals), Daniel Marinakis (guitar) and Thomas Mitchell (bass), Belle Haven have a passion for music and people and have proven to be a consistently evolving art form.

‘Time Changes Nothing’ is available now to stream everywhere! Official EP artwork below 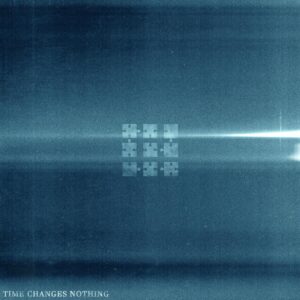