CHVRCHES today announce the release of a very special new extended play, the Hansa Session. Due for release 16 November digitally and 14 December on limited edition 10” vinyl, the five track EP contains new acoustic and string quartet arrangements with performances of songs from the band’s acclaimed third record Love Is Dead recorded at the legendary Hansa Studios in Berlin. Hansa is the studio where David Bowie recorded his Berlin trilogy of albums, and is also the home of iconic recordings by Depeche Mode, Nik Cave, U2, Iggy Pop, and many more.

“When we had the opportunity to record at Hansa we jumped at it even though we were in the middle of a hectic tour,” explains CHVRCHES’ Iain Cook, who also wrote the string arrangements, which were recorded separately at Bad Robot in LA. “It is such hallowed ground for me – my heroes Bowie, Depeche, Iggy, Siouxsie, Tangerine Dream, Nick Cave amongst others made arguably their best work in that building – and we hoped that when we went there, we would capture even just a tiny bit of that energy. It was also a chance to hold a mirror up to these five songs and look at them from a different angle, and that is something that you don’t always get the chance to do as an artist.”

“It was really fun to try to reinterpret the songs and still communicate the messages and emotions with different arrangements,” adds the band’s Lauren Mayberry. “Once an album is out and you’re on the road, it’s harder to be creative so it’s exciting when those opportunities present themselves, and getting to make music in places like Hansa and Bad Robot is really a bucket list thing for all of us.”

The Hansa Session EP arrives six months after the release of CHVRCHES’ third album Love Is Dead, which came out in May. Love Is Dead features the singles ‘Graffiti’, ‘Miracle’ and ‘Get Out’, each of which is re-recorded and reinterpreted on the Hansa Session EP, alongside fan favourites ‘Heaven/Hell’ and ‘Really Gone’.

Yesterday, CHVRCHES announced a special one-off show at the Sydney Opera House, with their debut performance at the legendary venue to take place on 7 January (tickets on sale Wed 13 Nov from the Sydney Opera House website). This summer CHVRCHES will also bring their acclaimed live show to Falls Festival and Field Day. 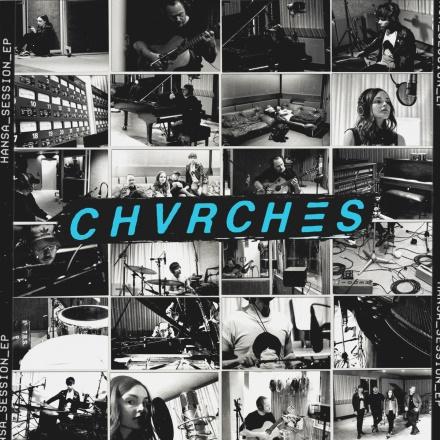