Blackpool’s Boston Manor have today released their new single Desperate Pleasures. The track features on a new EP Desperate Times Desperate Pleasures, which will be released this Friday 29 October via SharpTone Records. “It’s a song about generational change,” says the band’s vocalist Henry Cox on the new single. “I think the pandemic brought out some good in people but it also brought out a lot of nastiness. I saw a lot of appalling behaviour over the last 18 months & it made me feel quite depressed. As soon as people are placed under difficult circumstances they should come together, not start lashing out & taking everything for themselves. I guess this song is me hoping that things will get better.”

Desperate Times Desperate Pleasures marks a concerted step into the future for Boston Manor. It’s the coining of a bold, bright new sound, building upon the bruising pop-punk of their earlier work, the big moves of last album GLUE, to compose music that’s both heavier and more unabashedly accessible than that which preceded it. Hook-laden, coherent, blackly witty and with a molten emotional core, it’s the opening of a new chapter, hinting at even greater brilliance to follow.

That said, this EP did not come easily, at first. “We made this record just coming out of lockdown,” Henry says. “We’d tried to write throughout 2020 but nothing was coming out; everyone’s mental health was suffering – it was just a really frustrating time. And then, as soon as January this year hit, just like that all these songs started flooding out of us. It was a really great opportunity to exorcise all of the frustration & pent up emotion of the previous year & really process those thoughts and feelings. It felt so refreshing doing an EP, with no expectations placed on us, we just went into a small studio in London & made really fun songs all throughout the year. It was such an enjoyable time, we hadn’t seen each other for 18 months & we’re used to spending nearly every day together. We really just fell back in love with being in a band.”

Desperate Times Desperate Pleasures incorporates five tracks including the new single and recently released compositions Algorithm and Carbon Mono, which was already inciting moshpits and scream-alongs at the band’s first shows back this summer. The collection sees Boston Manor tapping into teen influences of the late 90s – the Cardigans, the Cranberries, later-era Depeche Mode. They recorded their new material at Stustustudio, the Brixton recording location run by producer Larry Hibbitt.

Boston Manor will cap off 2021 on tour in North America as main support to Neck Deep and they’ll be headlining the UK with support from Movements and Jools in February 2022. 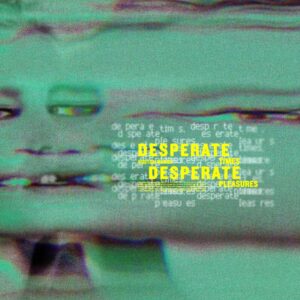