Elise’s debut single “Cellphone” is an explosive foray into the deep and dark corners of the social media world in which we intertwine our lives. 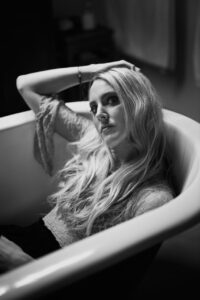 Raised on a steady diet of Australian alternative bands, Elise’s music incorporates the darker sounds of the 90’s indie rock movement and combines them with sweet, harmony-laden pop hooks.

Elise has spent the last 18 months living in regional Victoria, writing and recording her forthcoming EP “In Waves.” Due to the numerous Victorian lockdowns, Elise recorded the entire EP remotely via Australia and the US. Produced by North Carolina-based producer and multi-instrumentalist Jonah Levine and co-produced by LA producer and artist David Ely (dapoolparty), “In Waves” is an intimate exploration into the volatile, dark and curious corners of Elise’s mind.

“I’m so thrilled to finally release my debut single ‘Cellphone’ to the world. Written during the first Melbourne lockdown, the song delves into the often complicated and conflicting relationship I have with social media. ‘Cellphone’ explores the power and control the cell phone has over us all, as beautifully depicted in the accompanying music video by Melbourne-based Film Director Jesse Leaman”. 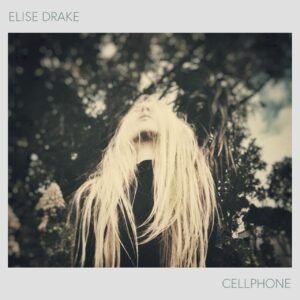 “Cellphone” is the first single from Elise’s forthcoming EP “In Waves”, due January 2022.

“Cellphone” is available now on all streaming platforms.