“We love that we are in a position to write music that is influenced by so many different genres without feeling like a departure from our sound,” says Crooked Colours’ Leon Debaughn. “I think that keeps it really fresh and exciting for us. We had this beat and new instantly Masked Wolf would be a perfect fit. We connected with Jasiah and he added so much energy to the track. The song encapsulates the feeling of life moving too fast and looking forward rather than being present and living in the moment.”

Masked Wolf adds “My manager sent me a beat from Crooked Colours and within 1 hour I had a chorus and verse sent back to them. It’s just one of those feel good songs no matter where you are you can plug in some headphones and be in a world of happiness listening to it.”

‘Crooked Colours’ new single ‘Light Year (feat. Masked Wolf & Jasiah)’ is out now on Sweat It Out, and Atlantic Records.

Extracting harmony from the union of seemingly disparate elements, Crooked Colours exist at an elusive crossroads between delicate acoustic instrumentation, evocative vocals, and dancefloor-ready synth transmissions. The Australian trio—Phil Slabber [vocals, guitar, production], Leon Debaughn [keys, production], and Liam Merrett-Park [drums]—could just as easily soothe a quaint coffeehouse or a chaotic club. Generating over 200 million streams, selling out shows on multiple continents, and garnering looks from Billboard, NME, YourEDM, This Song Is Sick, and more, the group further sharpen this shape-shifting sound on a series of singles and their forthcoming third studio album.

Crooked Colours have spent quarantine back in Fremantle, Western Australia to focus on creating new music. Stay tuned for more exciting releases from the rising band!

“Crooked Colours can do no wrong…the perfect balance of instrumentation and electronic elements.” – THIS SONG IS SICK

“Having established themselves as one of Australia’s hottest emerging electronic acts, Crooked Colours certainly are on their way to the top.” – CULTR

“Uplifting and emotive…suited for both a sunset dance party or the afterhours’ dancefloor.” – DANCING ASTRONAUT

“Crooked Colours (have) quickly made a name for themselves carving their own unique yet perfect blend of indie pop and electronic music.” – FLAUNT

“Dipping into the synth world of electronic, the bright guitars of pop, and the sultry, mysterious lyrics usually associated with indie rock, Crooked Colours shows abilities across the board.” – POPDUST

“Crooked Colours (have) acquired a reputation for that precise festival-friendly sound that makes you want to get outside and frolic in maximum sunlight.” – SF WEEKLY 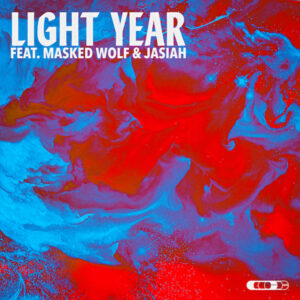