BRINGS CHILLS WITH ‘ARE YOU DOWN FOR ME’

After releasing a pulsating single and an EP earlier this year, prolific Melbourne-based Electronic Hip-Hop artist
AMillionForever is back with another smooth, whispered contemporary R&B single ‘Are You Down For Me’, now
available on all streaming platforms, with a lyric video coming up on September 11th.

Featuring Matthew Craig—with production by Provision Beats, mixing by Andrew MacDonald, and mastering by Suture Mastering—this well-packaged soul-chilling beat got it all right down to the intricate details: from the melodic precision of the tune, to the pauses and vocal effects, everything is well-timed. This newest single is a youthful balance between artful resistance that represents the artist’s unique vocal style, and the pop flavour that makes this track hypnotic and hip.

Influenced by the music of Travis Scott, Kid Cudi, Future, Kanye West, and Drake, among others, AMillionForever burst onto the music scene as part of Hip-Hop and R&B duo “Nvsty Militia”.

Some of their notable highlights include headlining the Red Bull Music Academy in 2017, and landing high-rotation on Australian Community Radio stations such as triple j, triple j unearthed, FBi Radio, and Fresh 92.7. One of their songs was also featured in an Africola TV ad.

After his successful stint as one-half of a duo, AMillionForever re-emerges on the scene as an exploring solo artist who is set to release four more singles this year, and an EP sometime next year.

“Never lose focus, no matter what the outcome of every release. Re-strategize if you have to, and keep on
going!”—AMillionForever

An artist who keeps on reinventing himself is truly one to watch out for, so make sure to follow his socials down below for more updates! 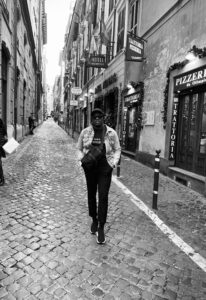