Shlohmo today unveils his latest EP, Heaven Inc. A continuation of the dystopian landscape from his 2019 album The End, Heaven Inc. is the purgatory following the apocalypse. Listen HERE and set your timers for the premiere of the ‘Actual Objects‘ directed video for the title track HERE. / Below

Laufer first received attention for his early releases, with his 2011 debut LP Bad Vibes establishing him as a pioneer of the lo-fi bedroom producer genre. Soon, Shlohmo’s ominous, occult-like soundscapes became immediately identifiable on increasingly prominent production credits as the outside world started to catch up with him. 2014’s collaborative No More EP with Jeremih helped solidify this unique sound into becoming a contemporary pop production mainstay.

2020 brings Shlohmo’s latest project Heaven Inc., a four-song EP expanding on last year’s The End LP. His latest project begins with a serenely macabre lead single ‘Looking At Plants’, with its jangling guitar chords and ominous percussion setting the chilly tone of the EP while reserving an air of mystery to be uncoiled. While solely instrumental, the composition of each song embodies an alluring character of its own. Between ‘Nice & Shiny’s eerie industrial mechanics, ‘Misanthrope’s metallic synths, to the title track’s cyber glitch turned hyper rock durge, Heaven Inc.’s juxtaposing delicate and dark soundscapes flirt with the oblivion within a state of limbo.

“One of the most exciting names in a new generation”
XLR8R

“Shlohmo only ‘f***s with’ the shit he wants to”
Billboard

Heaven Inc. by Shlohmo is out now, buy/stream it here. 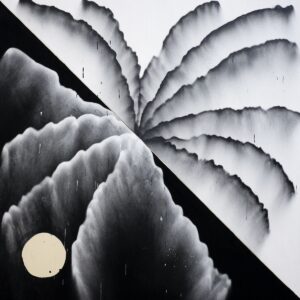