+ SLIM SET (SYD) AS SUPPORTS FOR

I OH YOU, Illusive Presents and Frontier Touring today reveal that New York City rapper Patrick ‘Wiki’ Morales will be joined by supports, Agung Mango (Melbourne show), DJ Dameeeela and Threebeds (Brisbane show) plus producer-rapper duo Slim Set(Sydney show) on the Australian leg of his OOFIE World Tour. The tour is in celebration of Wiki’s latest album OOFIE and will kick off in eight days at Melbourne’s The Tote

For the Melbourne leg of his OOFIE World Tour, Wiki will be supported by 21-year-old rapper Agung Mango. Hailing from the Western suburbs of Melbourne and heavily influenced by experimental hip hop, alternative R&B and indie rock, Agung Mango is one to watch and impossible to ignore. Mango will bring his high energy and diverse genre-bending sounds, as showcased in tracks ‘WOKEUPINJAPAN’, ‘HOME N AWAY’ as well as his most recent release ‘RODENT’.

At Brisbane’s Black Bear Lodge, Wiki will be joined by Brisbane multi-instrumentalist, producer and rapper Threebeds. The former frontman of alternative R&B outfit Goodbye Moon will bring an eclectic blend of alternative hip hop and R&B to Wiki’s Brisbane audience with tracks ‘No Love’, ‘The Weight Of Us’ and early Polographia collaboration‘Up&Down’. With his debut solo album set for release this April, Threebeds has proved himself as one to keep your eyes on.

Hitting the decks in Brisbane will be dynamic homegrown DJ Dameeeela.  Dameeeela has two fingers on the pulse of current trends and cutting-edge sounds and will be spinning her unique blend of hip-hop, electronic and distinctive rap-cuts as soon as fans walk through the door. Praised as an innovative tastemaker for all things hip-hop, Dameeeela will set the tone for a night of phenomenal music next Thursday – make sure you’re there! 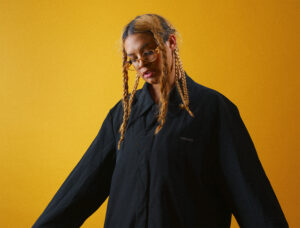 For the final show of his OOFIE Australian tour, Western Sydney producer-rapper duo Slim Set will support Wiki at Factory Floor. The pair are widely recognised for their explosive singles ‘Cooked’ and ‘Lazy’ which claimed the #1 and #2 most played song slots on FBi Radio in 2018. Slim Set are no strangers to the limelight, having supported a number of international acts including The Streets, Flohio, AJ Tracey and Sir Spyro.

Two years on since his last international tour and sold-out stint in Australia, Wiki’s three headline performances in Melbourne, Brisbane and Sydney are not to be missed. Secure tickets now to avoid missing New York’s rap prodigy live.