WHO IS THIS BAND,

AND WHAT HAVE THEY DONE

AUSTRALIAN SIBLINGS SHEPPARD HAVE LEFT THEIR POP BOPS IN THE CALIFORNIAN DESERT AND RETURNED HOME WITH SOMETHING VERY, VERY DIFFERENT

Heavy basslines, crunchy rhythmic guitars and a riding, Californian-tinged breakdown. This isn’t the same sound that Sheppard is known for…this isn’t the same band that fans have come to know and love…this is something completely different, in the best possible way.

Say hello to ‘Catalina’, the latest single, and a brand new side of Aussie band Sheppard!

First conceptualised in LA during a month-long writing session, before being finished in their hometown of Brisbane Australia, the band’s August-release ‘Catalina’ has been three years in the making.

“We were so inspired by California when we were there, that a song about California basically wrote itself” Said Amy Sheppard, whose vocals lead the new single. “It depicts a racy story of two lovers, sunglasses on and roof down, driving through the Californian desert with the sun in their faces and their real lives in the rearview mirror. This track isn’t your typical Sheppard sound, but I can’t remember the last time we had this much fun recording a single”.

Amy Sheppard on Set for ‘Catalina’ 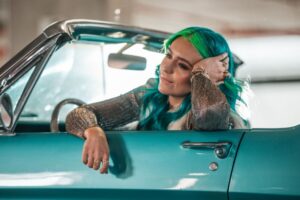 Fans who have come to know Sheppard for iconic hits like ‘Coming Home’,‘Kiss My Fat Ass’, ‘Symphony’ and of course ‘Geronimo’ may be taken aback by the band’s new direction; pop-synths and piano ballads have been replaced by a collection of Californian-inspired guitar hooks and heavy beats, and arena sized euphoria has been switched out for stadium-sized rock.

Catalina also marks the first Sheppard track of 2020 to feature lead vocals from Amy Sheppard, who was last seen at the helm during her globally recognised movement for ‘Kiss my Fat Ass’.

Now officially eight months into their ‘one release per month’ project, Catalina is proof in the pudding that Sheppard aren’t interested in slowing down. They’re only getting started.
Since the release of ‘Don’t Believe In Love’ back in February, Sheppard have taken fans on a rollercoaster journey through issues of the heart, with one track each month showcasing a different side of love.

‘Don’t Believe In Love’, the bands anti-Valentines day song shined a light on common problems in relationships, while their release for March –  ‘Somebody Like You’ – looked at the trouble with dating the same person over and over again. April had Sheppard trying to get back home to their loved ones on ‘Come Back’ and In May they said ‘Thank You’ to their mum Linda with a very special Mothers Day single.

As 2020 hit the halfway point, Sheppard showed what falling in love looks like, with ‘Symphony’ injecting a much needed dose of hope into a world in chaos.

With the year well and truly over the top of the hill, Sheppard are now ready to take fans on the roller-coaster ride they’ve been waiting for.

Welcome to Catalina, and a new side of Sheppard. 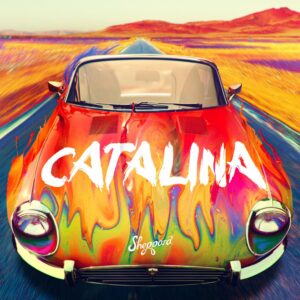