This year Octavian will finally release his hotly-anticipated debut album. It’s the culmination of years of progress, evolution and experience, punctuated by two acclaimed mixtapes (SPACEMAN and Endorphins), multiple awards, co-signs and high profile collaborations. And with Skepta already announced as the album’s executive producer, it’s set to be one of the year’s defining releases. Listen HERE./ below

On new single ‘Famous’, Octavian teams up with Gunna, whose recent Wunna album topped the US album charts, and SAINt JHN, whose global hit ‘Roses’ has topped charts around the world. Produced by Jae5, ‘Famous’ explores the trials and tribulations of fame and the lifestyle that comes with it. This is all about the negative sides of fame and celebrity culture, as Octavian says in his own words: “The concept of ‘Fame’ should be connected to the celebration of ones achievements, unfortunately nowadays it is the glamorisation of unthought-about entertainment”

‘Famous’ is Octavian’s second major Transatlantic collaboration of 2020 and is an undeniable statement of intent from the multifaceted London rapper, producer and songwriter. It follows the huge success of ‘Rari‘, Octavian’s recent collaboration with Future, and is another prime example of the levels at which Octavian now operates. If everything up until now has been a sign of Octavian’s promise and flair, a suggestion of his huge potential, now he’s ready to focus and actualise his dreams.

‘Famous feat. Gunna & SAINt JHN’ by Octavian is out now, buy/stream it here. 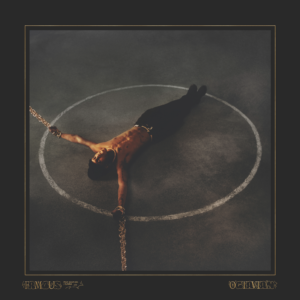