HAVE COLLABED FOR NEW TUNE

‘OWN THING’ OUT NOW

Saffron Stone’s love for music started from a young age, where she grew up around her Dads’ extensive collection of vinyl. From spinning records on 1210’s at home as a kid to now playing at a range of both underground and iconic venues, her career is fast rising. Born and based in East London, Saffron produces from her studio at home and DJ’s across the UK and Europe.

Following two successful Solotoko releases, Starstruck and GLOW EP’s, Sonny Fodera voted B side Love Trap as one of the best tracks of Ibiza 2019 when interviewed by Mixmag.

Experiencing an exciting show schedule, 2019 saw Saffron play the likes of: The Warehouse Project, Tobacco Dock, We Are FSTVL, Bramley Moore Dock, Ibiza Rocks, Ministry of Sound, E1 and many others. Saffron Stone is firmly cementing her signature stamp on the scene. Early in 2020, Saffron played at Egg with Roberto Surace, Orange Yard for Dom Dolla, Marble Factory in Bristol for Sonny Fodera and an epic 3 hour set at 338 for Solotoko. 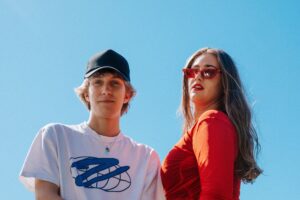 2020 started with a bang with Saffron and Kideko’s collaboration ‘Get Up’ a playful track building to a mind blowing sample, igniting dancefloors globally. Alongside this her single ‘Everytime’ released in March, is a tech house groover featuring chunky vocal distortion that weaves between warping bass and weighty vibrations, a certified club sizzler. Both of these tracks have had almost half a million streams on Spotify and both releases warranted Saffron featuring on the cover of UK House Music on Spotify each time!

During lockdown, Saffron has also been working on some exciting new projects and collaborations, producing two fiery free downloads ‘Rock, River, Tree’ and ‘My Beat’ attracting a wide audience. Upcoming releases include, her debut remix of ‘Back To Me’ by Max Styler on Dim Mak Records, Steve Aoiki’s label, her single with Lovejuice Records ‘All Over Again’, and an exciting collaboration with Sam Beach ‘Own Thing’ using an infamous Lisa Stansfield sample that’s set to be an anthem.

Listen to ‘Own Thing’ below

Saffron Stone, renowned for her high energy sets, aims to persist with the determination and talent that has propelled her so far. She continues to form a strong future for herself including more exciting DJ sets and many music projects to follow. 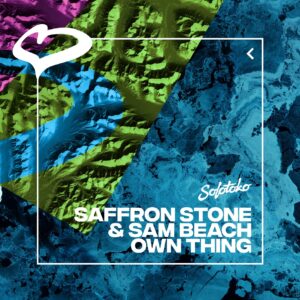