Having recently written, produced, arranged and performed her last three EP’s Vetta Borne is proving she is one of the most dynamic young musicians on the Australian music scene. Not only proving herself locally, but recently having success penning and producing ‘But You’ for Kpop juggernauts iKON. Coming off the back of a hugely successful 2021, Vetta Borne saw her single ‘Kissing Strangers’ land on high rotation at triple j, her independently released single ‘Girls’ exceeding 4 million streams, and applauded by NME, Music Feeds, Junkee and more, for her skillfully reworkedtriple j Like A Version cover of Gwen Stefani’s ‘Cool’. Now the formidable creative, is looking forward to the next chapter, with the release of her new single ‘Sad Girl’, coupled with the announcement of her forthcoming EP ‘Rose Avenue Vol. 1’, due for release on Soul Modern in the coming months.

Written and produced by Vetta Borne earlier this year, with NZ producer Josh Fountain (Benee, Leisure, Monsta), ‘Sad Girl’ is a bonafide jam featuring the silkiness and funkiness that have become synonymous with a Vetta Borne production, all topped off with her alluring and hypnotic vocals, singing out “I will not cry ‘cause, I’m done being a sad girl”.

Sharing her message of self-empowerment Vetta Borne explains “I wrote ‘Sad Girl’ for myself. I needed to pick myself back up and remind myself that I’m THAT bitch!”, and further details “I was fresh in a heart break, and the day after the break-up, the music world started opening up again. I was back on the road touring, writing, spending time with loved ones that I hadn’t been able to see in so long because of the pandemic. I was playing the Enmore Theatre with Young Franco, and I looked out to the thousands of people screaming lyrics I wrote back at me, and I thought… Why am I sad again? I have so many incredible things happening in my life, and anyone who chooses to lose me, misses out!”

Born Maribelle Añes, the Filipino/Australian songstress, has long stood out as a vocalist and producer ahead of her evolution into the artist that is Vetta Borne. Her striking vocals were an absolute standout on Carmada’s ‘On Fire’, Young Franco’s ‘Miss You’, ‘Girls Don’t Cry’, and ‘Angel’, whilst more recently working with Tentendo on ‘Thoughts’, and featuring on Ukiyo’s ‘Good Enough’. And having further co-wrote and produced George Alice’s ‘Circles’ and ‘Teenager’, Kira Puru ‘Chillin’, and co-wrote with Becca Hatch on ‘2560’, and Thundamentals on ‘My Friends’.

As Maribelle transitioned into Vetta Borne the industry began to understand the potential of which she can reach as an artist, with tracks such as ‘Girls’, ‘Hey’, and ‘R.I.P’ having seen her amass over a million streams across platforms and carve a path as a pop powerhouse. triple j recognised the talent that Vetta Borne possesses adding ‘Kissing Strangers’ on full rotation, making her the Unearthed Feature Artist in 2021, before going on to have her perform the original and cover of Gwen Stefanis’s ‘Cool’ for Like  A Version. triple j called her an “acclaimed hitmaker”, an ability that hasn’t gone unnoticed, with further support across the Nova Network, KIIS, Hit Network Nights, Acclaim, NME Australia, Tone Deaf, The Music, Life Without Andy, Music Feeds, Women In Pop, Purple Sneakers, and many more.

For what is sure to be another incredible year ahead for Vetta Borne, keep your eyes firm on this hitmaker as she delves deep once again to grace us with her new collection of works with ‘Rose Avenue Vol. 1’. 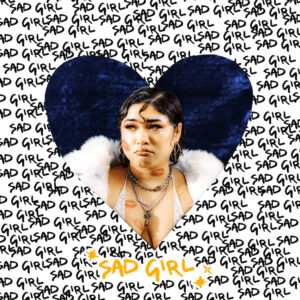