Following on from the release of the bright ‘Punchdrunk’ earlier this year, Adelaide indie-pop faves Venice Queens have returned with some of their most urgent material to date in new single, ‘Royalty’.

Recorded with Simon Kither at Adelaide’s Chapel Lane Studios before being sent to the masterful hands of Adrian Breakspear (Gang of Youths, Boy & Bear) for mixing and Ben Feggans (Mallrat, Flume) at Studios 301 for final mastering, Venice Queens locked themselves into sessions that pushed them creatively. The result is a tight tune that represents the best of the band’s songwriting dynamic. “‘Royalty was born out of a sense of frustration with the status quo. We hear a lot of talk about change but with ‘leaders’ like Scott Morrison and Donald Trump still being elected, it can sometimes be tough to see the light at the end of the tunnel – but the light is there. The overall mood of the track, while at times sarcastic or indignant, is one of determination.” Venice Queens

Since forming in late 2017, Venice Queens have grown from a local staple into a band-to-know, selling out hometown shows and touring with the likes of Kingswood, and Bootleg Rascal. In early 2020, the band hit the east coast for successful dates throughout both Victoria and Queensland, before returning to Adelaide for their largest (sold out) headline show yet at the newly revamped Lion Arts Factory. 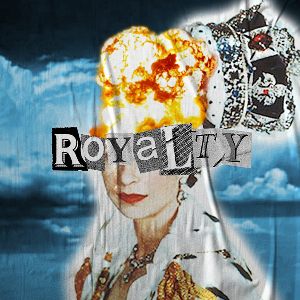 “Due to the COVID-19 restrictions, we had to decipher a way we could do a video that would involve as little interaction as possible. We’d had the idea of a good vs. evil montage for a while and there was no better song to fit that theme than for ‘Royalty’. The video is a representation of where there’s bad and hardship in the world, there’s usually good; we feel as a group that this has been represented in a large way, throughout 2020 in particular. We hope that the people of the world see the light the same way we do, no matter how tough times get.” Harry Nelli

“Infectiously sunny…glistens with cruisy vibes and will tickle the fancy of those who enjoy Bootleg Rascal and The Creases.”
Scenestr

“…Hazy piece of indie rock, bathed in summer vibes and perfect for long, hot afternoons by the pool.”
Tone Deaf

The release of ‘Royalty’ comes as Venice Queens (and the rest of the Australian live music community) itches for the opportunity to be back in venues, performing again. Restless but anticipating the return of live music culture, the band is ready to get back to doing what they do best. Like the song itself, Venice Queens spread the message of unity through music and with this new single, its core ethos couldn’t be more timely. “This isn’t a song about giving up. This is about the realisation that we can use our growing platform to speak up and hopefully, eventually, help to inspire change. Music is such a wonderful avenue through which to communicate and show solidarity with those not being treated justly or equally.” Venice Queens
Follow Venice Queens here