The accompanying ‘Bored Baby Blues’ video brims with nostalgia, almost making it feel like a private documentary and tapping into the same grainy, cut-and-paste aesthetic as her recent ‘Wish You Well‘ video. The Blossom again partnered with NY-based creative and editor, Dani Aphrodite, for the visual; this time while quarantined on opposite sides of the world.

Says The Blossom, “The night I filmed this footage to send to [Dani], I had finished my 2-week solitary quarantine after flying from LA to SYD, and it was the first day I’d been reunited with my family or even left the bedroom. I went for a bike ride and a joy ride with my dad when the sun was setting and he filmed me on his iPhone. As I felt the rush of the wind, hanging out the window of the car like a dog, there was still some sort of lonesome and uncertain energy surrounding me. Nonetheless, I felt “free” for that whole couple of hours we biked around my childhood neighborhood, now quiet and dead-still”.

Produced with Warp Publishing’s Jessica Winter (The Horrors, Gorillaz), ‘Bored Baby Blues’ is one of several songs born from Lily’s recent studio residency with Future Classic. It is the last single to be shared from her forthcoming debut EP, Bleeding Buttercup, a promising body of work that’s both romantic and cinematic: HD, widescreen with the static cutting through.

‘Bored Baby Blues’ by The Blossom is out now, buy/stream it here. 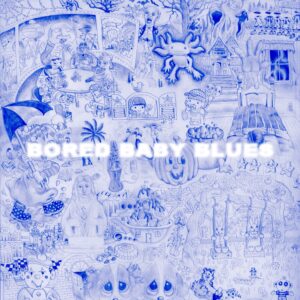 Bleeding Buttercup EP
Out May 22 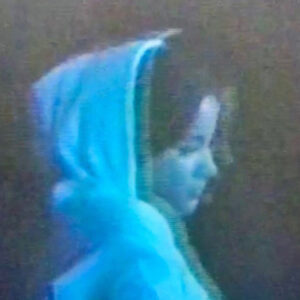 ABOUT THE BLOSSOM
Lily Lizotte grew up in Sydney, Australia grappling with her own sense of identity as both the daughter of a Southeast Asian immigrant trying to fit into a majority white Australian culture as well as navigating the precarious terrain of coming out as queer. With both parents as artists, she found writing and singing about her struggles with anxiety, depression, and more, to be an act of cathartic release. Lily started putting out experimental pop singles as Lila Gold, garnering praise from triple j, i-D, Clash, Milk, and landing her on stage supporting Empress Of, Wafia, among others. Now based in Los Angeles and coming into her own, Lily is ready to embark on her next chapter under her latest project, The Blossom.