Mauvais: Five friends collaborating to create a sound that takes the best of each individual’s influences – coming together to create a ferocious energy. The South Australian 5-piece are today revealing their brand new single ‘I Feel Nothing’  is released Friday May 15. A Videoclip for the track is also out now. The track will be available for purchase/streaming at http://ffm.to/mauvais_IFN.

This brand new single ‘I Feel Nothing’ was recorded and produced by Scottie Simpson (Alpha Wolf,Gravemind) and with Lance Prenc (Polaris, Alpha Wolf, Dealer, Gravemind, Honest Crooks) on mixing/mastering duties. The dynamic clip was Filmed and Edited by Tony Ris Film.

Vocalist Jaycob Page spoke about the very personal perspective on the new single, saying that “I Feel Nothing to me is almost self criticism, an inability to care enough about the right things at the right times and a reflection on mistakes I’ve made in life. A sense of feeling that I am trapped the way I am and not being able to change the past – being defined by the past and feeling like i once almost crossed a line at a point in time that I couldn’t come back from at all.”

He continued about the new track – he also delved into his Harry Potter fandom to find a parallel to the emotions he was feeling – “The reference to the Devil’s snare in the lyrics is a Harry Potter reference – it’s a plant that will strangle you quickly if you struggle – leading it to kill you – which references the feeling of no escape from my anxiety and depression.”

Watch ‘I Feel Nothing’ below

t’s been a big couple of years for the bands – taking the stage alongside Aussies Alpha Wolf, Deez Nuts, Gravemind, Dregg, Justice for the Damned as well as international acts Stray from the Path and Kublai Khan. Their previous single ‘Antipathy’ made 37000 plays on Spotify and was featured on the up-and-coming featuring playlist New Blood and on triple j’s “Best of Unearthed”playlist. 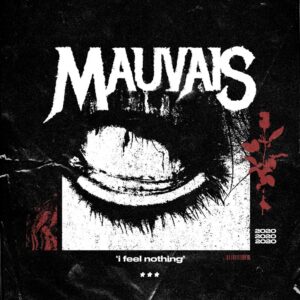