‘THIS PLACE YOUR SOUL’ OUT NOW

Soulful singer/songwriter, Valentina Brave, returns with a vintage rock anthem, “This Place Your Soul” out now. Yet another huge and impassioned song, this is an overwhelmingly powerful track with deep roots in soul and story.

An impassioned anthem that follows in the footsteps of great Australian songs like Goanna’s “Solid Rock”, “This Place Your Soul” pays homage to Australia’s First Nations people, acknowledging that we are all standing on sacred land that is the lifeblood of the oldest continuous culture on earth. A powerful collaboration between Brave and senior Dalabon singerman Victor Rostron, and produced by ARIA nominated artist Danielle Caruana (Mama Kin), the song was written to reflect Brave’s deep respect for the ancient custodianship First Nations peoples have over this country.

Brave’s phenomenal voice invests in every intentional word while Rostron features brilliantly singing a personal perspective about ‘belonging to country’ in his Kune language. The production by Danielle Caruana is something else. She has conjured the visceral feeling of ritual music and footsteps in the dirt and woven it together with progressive expansive composition. True artistry here and worth mentioning as it is one of Caruana’s earliest production accomplishments. The song concludes with one of Rostrons clan’s ceremonial songlines, Mimih Kunborrk. 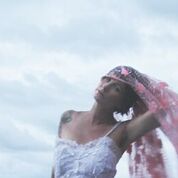 Rostron also created the incredible artwork for the single, a Brolga Dreaming story that was painted especially for the track. The collaboration came about after many years of working together in music and arts in Arnhem Land.

“Collaborating with Victor on this track is such a huge honour. He is a friend and teacher of mine and I greatly admire him as an artist. He is an incredibly generous man continually wanting to share and connect all people to culture and language. We are very lucky to hear his story in this song. He is a visionary artist and I’m humbled and thrilled that we got to create this song together.”

“After living in the remote bush for many years with my family, I witnessed how much has been lost and destroyed through colonisation and how severely disconnected to our natural world most of us have become,” said Brave. “This is a big conversation as we face a future that literally depends on how we choose to move forward in our relationships with the earth and with each other.”

“‘This Place Your Soul’ is my very small way of paying deep respect by making an intentional piece of art that acknowledges first nations peoples sovereignty, ancient spiritual connection to country and that I am living on land that deeply, intrinsically belongs to someone else in a way that I will never truly understand”, said Brave.

Brave’s voice is otherworldly as she offers up nothing less than every ounce of her soul in every note she sings, proving again to be one of the countries most stirring and powerful singer songwriters right now. “This Place Your Soul” is not just a song. It is a journey into the heart of the Australian bush and a gift of insight . Brave and Rostron, coming from two vastly different worlds, have made something very special together.

Valentina Brave emerged onto the alt-indie scene after sharing a self-recording of an original song on YouTube, showcasing her expressive, delicate tone and relatable storytelling ability through the simplicity of guitar and vocals. She went on to perform Backing Vocals for the likes of NGAIIRE and Dallas Frasca, as well as a Blues Fest Main Stage feature with Michael Franti and Jackson Browne. Since then, her genre defying sound has massively evolved into the release of incredible anthemic ballads with a vintage soul influence. Her previous EP, “Wildflower”, a cathartic release portraying what happens when you let your wounds speak, was written from a small remote community within a time of immense self growth and reflection. The resulting music is as profoundly intimate and moving as her story is compelling.

“This Place Your Soul” is available now on all online platforms.

“Valentina Brave’s ‘This Place Your Soul’ comes straight from the heart of the land she loves. I was first touched by this beautiful homage when she played it for me when I visited Maningrida and I’m thrilled that it’s now coming out for the world to feel!  We need healing music in these challenging times and this song is exactly that!” – Michael Franti

“Wildflower is an intimate and honest collection of songs that sees (Brave) step forward into the spotlight, matching raw and cathartic vocals with expansive productions… who adds her unique slickness to the EP’s rather lush and emotive feeling.” – PileRats

“Aussie warrior songstress Valentina Brave has unleashed the visuals for her new heavy soul war cry ‘I Met A Man’… an unapologetic assault on the patriarchy and the status quo. Starring an all-female cast, the official music video for the powerful single evokes vintage hippie and punk imagery and paintings in a mesmerising montage.” – Music Feeds

“Valentina Brave steps forward as an artist carrying the same emotive connection to her music as Florence + The Machine.” – PileRats

“This is one new talent you are going to hear a lot more of.” – Women In Pop 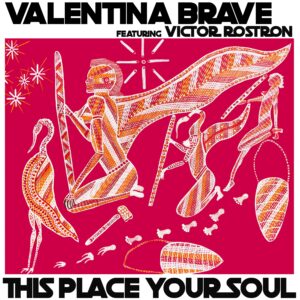