“A beautifully etched collaboration, so deliberate and refined in its execution.”
– Clash Magazine

“An emotional, intense and atmospheric slow-burner, ‘twice as tough’ is one of the producer’s finest pieces of work yet. A masterclass in restraint and collaboration, upsidedownhead proves he is a producer capable of creating entire worlds in which his collaborators can truly shine.”
– Purple Sneakers

Across its 26-minute long journey, lush is dense and rewarding, but still light on its feet. It balances moments of euphoria with crunching electro that spirals off into the heavens, and sometimes buries deeply into tectonic bass. It’s minimalism on a maximum scale, or maximism on a minimalist scale: each song, each moment containing multitudes.

lush is the natural evolution for upsidedownhead (aka Ross James), who spends much of his time helping others bring their musical visions to life. Hailing from Sydney, James’s day to day role as a musical director and producer has seen him work with the likes of Vera Blue, Thelma Plum, Daniel Johns and E^ST, among many others, and collaboration also lies at the art of lush.

“Sitting at the end of this process I feel comfortable with who I am and where I’m going to go. Working with Jack from Mansionair, Fractures, Izzy Manfredi, Clea, Hein Cooper and Ric Rufio was just a creative inspiration masterclass. These wonderful musicians gave me the extra push I needed to create ‘lush’ and I’m indebted to them for their time and vision on the songs they contributed to. I’m so excited about this EP and what’s to come.”
– upsidedownhead

Collectively, the four already released tracks from the EP – ‘twice as tough’, ‘make it real’, ‘higher’ and ‘say something’ have amassed over 2.5 million streams across DSPs, and his soundscapes have also caught the attention of BBC Radio 1 (UK), RTE FM (Ieland), triple j, FBi and tastemaker sites such as Complex, The Line Of Best Fit, CLASH, Purple Sneakers and Acid Stag.

With lush, it was James’s intention to create an artistic work he could be proud of, that would still be accessible to fans; perhaps even more so than his debut offering, complex. Across its temporal and spectral journey through tumbling, thumping beatwork and astral electro gospel, lush does just that. 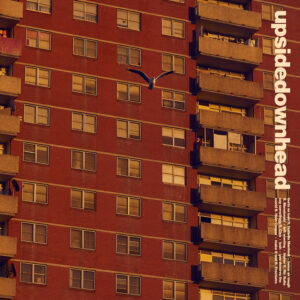