Exploring the twists and turns of growing up and the journey into adulthood, ‘Analog Youth’ is a coming of age offering, capturing the essence of youth and the different facets of life as we grow older to discover who we are.

‘Analog Youth’ is five moments in time, reflected through memories and emotions narrated over a nostalgic soundscape produced by Shane Edwards of Karma Sound Studios (Trophy Eyes, Hellions) with additional engineering and production by Cody Brooks.

Singles “Let You Down”, “Waiting” and “Lift Me Up” tackled feelings that contribute to our ever-growing journey. All singles have seen airtime on triple j and have racked up tens of thousands of Spotify and YouTube streams. “Lift Me Up” occupied a rotation spot on triple j Unearthed radio and was hailed as an “unbeatable rock anthem pouring a fountain of hope over its melodic waves of rocky beats” by Wall Of Sound and “tonally rich” and “smooth-as-hell” by KillYourStereo.

“Waiting” welcomed a spin on Channel 7’s Friday Night Football on its day of release and was added it Spotify editorial playlist Rock Out. “Let You Down” found its way onto huge Spotify playlists New Music Friday AU & NZ, Rock Out. and Local Noise, reaching the ears of hundreds of thousands of listeners. The track premiered at Pilerats, who highlighted the bands ability to produce “captivating soundscapes, digging into the nostalgia of classic alt-rock but bringing it forward with twists and turns to prevent their sound from feeling too indebted to the past.”

Launching “Lift Me Up” at Perth’s Amplifier Bar in late July, Shangrila sold out the show and delivered an unmissable performance. Due to demand, the trio are excited to return to the stage for their ‘Analog Youth’ EP launch at Rosemount Hotel this Saturday August 28, supported by Nautical Mile, Stonehands and Pinwheel. Tickets available via Oztix.

Shangrila is Devyn Jupp (vocals), Jackson Macleod (guitars) and Dan Harper. With a band history stretching back almost a decade, the evolution of Shangrila is one that has been constant and ever intriguing. 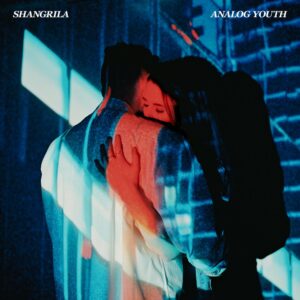 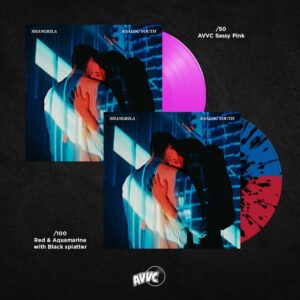