Ten Hands High’s sound is an eclectic mix of the alternative scene, spanning genres to encompass the best of indie rock, anthemic pop and uni nostalgia.

After releasing their debut single in January 2019, which racked up 30k streams in 3 weeks on Spotify, they proceeded to play several packed out shows in their hometown of Leeds. The band then went on to release 5 more tracks in the space of 5 months, selling out their debut London headline at the Hope and Anchor in Islington along the way. 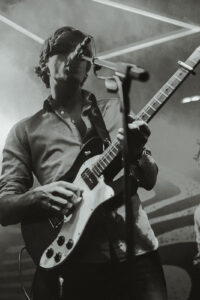 Having supported Spilt Milk Society, The Clause and Luna Bay, the band are quickly becoming a live act to be reckoned with. Now with over 120k total streams on Spotify, they are ready to embark on what they call ‘Phase 2’ of their journey with a new single called Red Wine slated for release at the end of February. With several shows booked for the Spring including a highly anticipated headline show at The Victoria in London April 18th, 2020 is set to be a level-up year for the band.

Listen to ‘6 Weeks’ below

Alexi on how ‘6 Weeks’ came about:

“Last summer we were looking through our drummer Tom’s instagram and found an instrumental from 2014 that he made when he was 16. That instrumental became the chorus of this tune which we went on to write the rest of whilst cramped together in a grimey Leeds uni house in Hyde Park. We made this song with summer in mind, it’s about a character that doesn’t want to get too deep into a summer relationship” –

“I don’t wanna call it a fling, but you’re not my everything”. 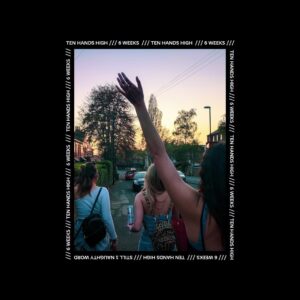 Watch to ‘Red Wine’ below