‘FROM THE VAULT’ PERFORMING

A SPECIAL TRIBUTE TO DIVINYLS:

Grab a bevy and tune in on Sunday 26 July at 5.30pm on ABC for The Sound – Australia’s new favourite live music show! With an outstanding line-up announced for Episode Two, it’s time to reveal two new special additions you don’t want to miss…

Hosted by Jane Gazzo, Zan Rowe and special guest host Academy Award winner Russell Crowe, Episode Two of The Sound is adding the princess of pop to your Sunday evening.

With her new single ‘Say Something’ out now and news of her forthcoming album Discodue November 6, Kylie Minogue will be The Sound’s ‘From The Vault’ very special performance this week, showcasing a clip filmed at Sydney’s State Theatre back in 1998, during her 21-date Intimate & Live tour (a game-changer for theatre shows in Australia). Tune in to watch Kylie’s performance of ‘What Do I Have To Do’.

Also this Sunday, The Sound is paying tribute to one of the most incredible bands and live performers to ever come out of Australia: Divinyls, and their ferocious, incomparable frontwoman, Chrissie Amphlett.

Across two decades and five huge-selling albums, Divinyls smashed radio worldwide and earned Top 10 charts  in Australia, USA, Canada, UK and more thanks to huge hits such as ‘Science Fiction’, ‘Pleasure And Pain’,  ‘I Touch Myself’. This Sunday, three of the bands’ fans come together to perform one of Divinyls’ biggest hits in a must-see collaboration: ‘Boys In Town’. Tune in for this special tribute featuring Magic Dirt’s Adalita (no slouch in the rockers Poliosh Club 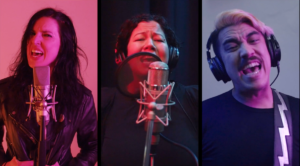 Says Adalita, “It was so much fun covering ‘Boys In Town’. I mean it’s such a flawless song but when you actually have to perform it yourself you realise how amazing it really is. And it’s been great to collaborate with artists I’ve never teamed up with before, especially in the current times, it’s been a nice bonding experience. So great to be part of some awesome homegrown music TV too! So sorely needed!!!”
All this and more can be found on Episode Two, plus exclusive performances of new material by the likes of Paul Kelly and Paul Grabowsky, The Teskey Brothers, James Reyne, Julia Stone, San Cisco, Cub Sport, Eves Karydas, Sycco and more. 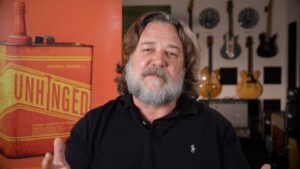