Ethereal scenes flow effortlessly into lonely imagery as Two People give life to their self-reflective single ‘Phone Call’, a track crafted lovingly from their dilapidated-room-turned-studio in Fitzroy. Drawing upon the intimate and immersive approach they’ve quickly become renowned for; the duo reveal their visually stripped back and melancholic exploration of a track with great personal significance.
“This is our ballad. It’s written about when Joey and I were young and dating, about nine to ten years ago now, fumbling around, finding our edges, hurting like crazy. We wanted the track to be big in size, all heart, wide and orchestral.” – Phoebe Lou

Two People’s live show is quickly becoming an illustrious part of the project. Cloaked in red light and smoke, the duo present themselves as an unstoppable force, selling out their hometown First Body launch show earlier this month. Two People played live for the first time at Splendour In The Grass 2018 before performing one of the most talked about showcases at BIGSOUND, where they were spotted by Terrible Records (Solange, Blood Orange, Moses Sumney, Empress Of) and were quickly signed for North America. Since then, the two have gone on to perform multiple headline shows and complete a national co-headline tour with LUCIANBLOMKAMP.The tracks on First Body are receiving global attention from the likes of BBC Radio 1, BBC Radio 6, Beats 1 and Amazing Radio. Locally, Two People scored Triple R’s Album of the Week and premieres and rotation on triple j and FBi Radio, with ‘Something To Talk About’ debuting at #1 on the AMRAP Metro Chart. They’re currently featuring in a collection of Apple Music and Spotify playlists, including Chill Vibes, which reaches over 950,000 followers. 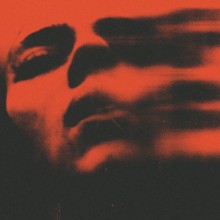